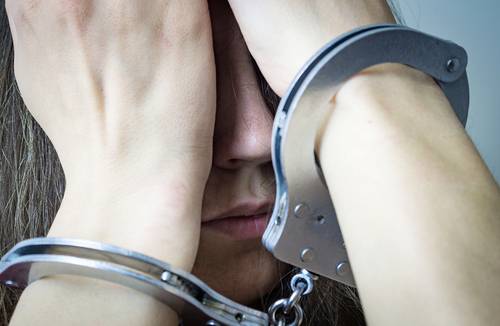 An ex-playboy model has been arrested for the murder of a psychiatrist that she was in a relationship with. Kelsey Turner, 29, was charged with murder and conspiracy to commit murder in the death of Thomas Burchard.

She entered an Alford plea Wednesday. Turner did this with the understanding that a jury would have convicted her based on the evidence presented by prosecutors.

Police said Burchard traveled from California to Las Vegas to end his two-year relationship with Turner. She was continually receiving an allowance from Burchard in their relational arrangement.

However, Burchard’s long-time girlfriend, Judy Earp, did not hear from him for a suspiciously long time. She was the one who reported him missing.

Burchard was later found dead in the trunk of an abandoned Mercedes-Benz near Lake Mead. At this same lake, several other human remains have recently been uncovered as a result of drought.

According to the Las Vegas Review-Journal, Turner’s roommate saw Kennison swing a baseball bat at Burchard and demanded that he “knock Thomas out”.

Judy Earp believed that Burchard had given over $300,000 to Kelsey Turner over the past two years. According to Earp, Burchard was notorious for helping people out and would sometimes be taken advantage of.

Dr. Burchard, a psychiatrist at Montage Health, died suddenly. His patients have been notified, and grief counseling is being provided for staff.

Kelsey Turner, 29, entered a guilty plea to the charge of second-degree murder after being arrested in connection with the death of Burchard. She is now facing 10 to 25 years in prison as a result of this sentencing.

Turner’s profile on a website for female inmates seeking correspondence while incarcerated states that she is “currently incarcerated in Las Vegas for a murder [she] did not commit”.