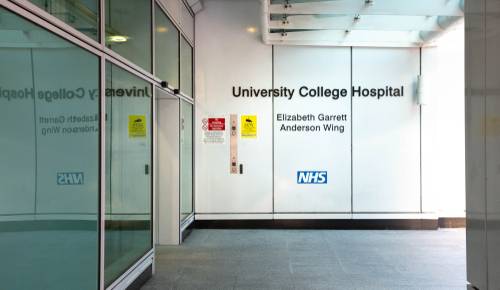 When she walked in and found him alone with the nurse, the mother of a newborn baby allegedly murdered by Lucy Letby heard his “horrendous” screams and noticed blood around his mouth.

For legal reasons, the woman cannot be named, but said she was “frightened” after seeing her five-day-old son because she “knew something was very wrong.”

Between 2015 and 2016, Letby, 32, is accused of murdering seven babies at the Countess of Chester Hospital’s neonatal unit and attempting to murder 10 others.

It was previously explained to the jury how the mother walked by as Letby was injecting air into one of her twin sons, Child E.

The following day, Letby is said to have attempted to kill his brother, Child F, by injecting insulin into a nutrition bag.

According to the mother’s tearful testimony, she had gone to the neonatal unit to give milk to her twins, who were on incubators next to each other.

“My son was crying, and I had never heard anything like it.

As I walked toward his incubator, I noticed that blood was coming from his mouth. Suddenly, I felt a sense of panic. There was a sound that shouldn’t have come from a tiny baby. I can’t explain what the sound was. It was horrific. It sounded more like a scream than a cry, and I could hear it in the corridor.”

She had tried to comfort her child, but that had not worked. He continued to cry until she left 10 minutes later.

The court heard that when she asked Letby what was wrong with her son, the nurse told her the bleeding was caused by a feeding tube rubbing his throat.

Despite returning to the postnatal ward as instructed by Letby, the mother still expressed concern, even though she accepted the explanation.

“I trusted her completely because she was in authority and knew better than me,” she said.

As soon as she returned, she contacted her husband, “knowing that something was very wrong” and feeling “frightened.”

As Child E’s condition deteriorated, his mother returned to the neonatal ward and found medics trying to revive him.

She said her son’s death had left her “broken” and she hadn’t been able to bathe him afterwards, so Letby had done it for her.

Letby had placed Child E in a white gown, and the mother remembered “being thankful that we didn’t have clothes for him because he was so little.”

Letby later gave her a photo of Baby F hugging a teddy bear that had belonged to his deceased brother, the mother said.

“She showed me a picture. She said: ‘I got this picture. He rolled over and hugged his bear. I thought it was so amazing.'”

A courtroom earlier heard how the mother believed both of her twins were doing well after Caesarean births.

“I thought they were in good condition for their gestation,” she said.

Later, she said she had been told by staff both were “well enough to travel” and could be moved to a hospital closer to home.

“Despite being sensitive, sore, and fragile from birth, I was overjoyed because the boys were perfect.”

The mother was cross-examined by Ben Myers, defending Letby, who disagreed with her version of events.

Letby and Baby F were not alone when the mother walked in, but a doctor accompanied them.

It was unclear to him if the liquid around his mouth was blood or aspirate – matter drawn by suction from the baby.

Tuesday is the next day of the trial.