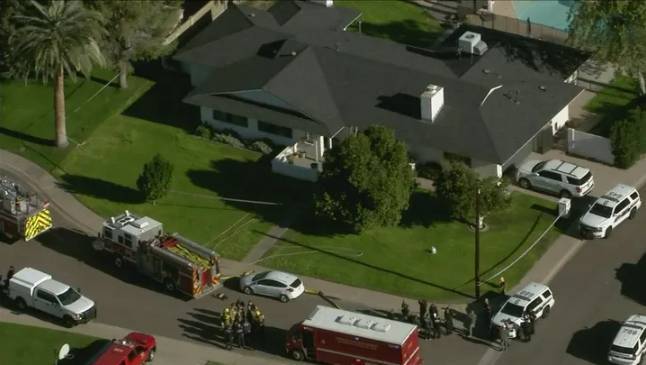 On Wednesday morning, emergency crews responded to a “hazardous situation” at a home in Phoenix, Arizona, and found five dead.

A call was received just after 8 a.m. regarding the situation near 7th Avenue and Northern Avenue.

In a press conference held Wednesday morning, Captain Todd Keller of the Phoenix Fire Department said that crews responding to a “hazardous situation” arrived on the scene at 8:11 a.m. and found multiple victims dead inside.

According to Keller, the scene is still being evaluated, so the number of victims, age, and sex of the victims cannot be confirmed.

An evacuation of nearby homes was carried out as a precaution.

The Phoenix Police Department’s public information officer Sgt. Melissa Soliz told reporters that the dead had obvious signs of trauma, although a suspect is not believed to be at large.

At a press conference, Soliz told reporters that the scene was being mitigated for risk factors, and once hazmat crews deemed the inside safe, police investigators would begin to piece together what happened.

Southwest Gas disconnected the gas lines to the house as a precaution, though there were no signs of gas leaks inside.

Investigations are ongoing, and no names of the victims have been released.