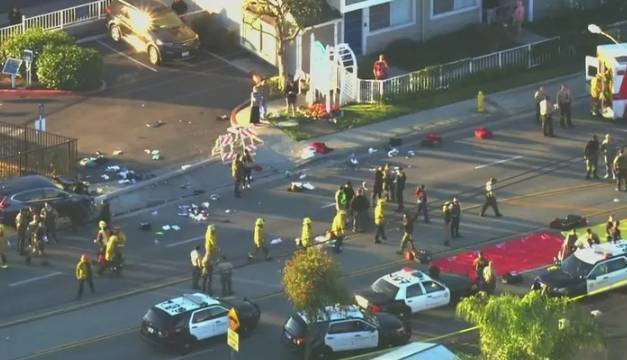 A driver plowed into more than 20 recruits while out on a morning run in California on Wednesday, injuring at least five critically.

California Highway Patrol says the incident occurred around 6:30 a.m. local time, and the recruits were taken to hospitals. A suspect believed to be the vehicle’s driver has been arrested.

They attend the Sheriff’s Training Academy and Regional Services (STARS) Center in Whittier, California, a suburb of Los Angeles.

Further details on the incident have not yet been released by authorities.

Fox 11 reported that recruits at the STARS academy often run in groups while wearing high-visibility vests.

The last year has been a challenging one for police departments around the country. As pressure on police mounts and the job became less rewarding and more stressful than it has in years past many officers retired or left the profession.