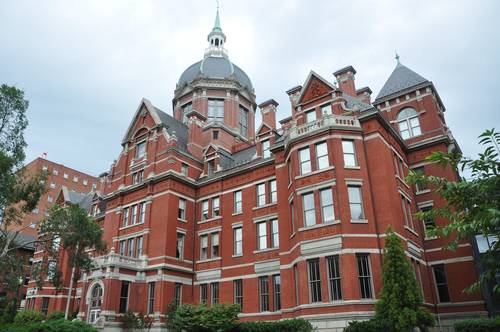 In the vicinity of Johns Hopkins University’s Baltimore campus, violent crimes have increased in a disturbing way.

The university recorded six armed robberies on and around its Homewood campus and one near its Peabody campus – two of which were abduction attempts – between October 6 and Oct. 27 alone, Branville Bard, the university’s vice president of public safety, wrote a letter to the community on Monday.

“In response to this violence, the university is extending support to the victims, increasing public safety presence in the area, and supporting the Baltimore Police Department’s investigations,” Bard stated in a letter.

In the last week, two Johns Hopkins community members were victimized by “particularly brazen and disturbing incidents,” he said.

On Oct. 24, a victim of that attack was walking near the Homewood campus in the 100 block of West University Parkway when three suspects “armed with handguns” seized his vehicle, drove to multiple ATMs, and then forced him to withdraw cash before being released.”

On Oct. 27, two suspects, one with a handgun, approached the victim on the footbridge of San Martin Drive on the Homewood campus and demanded his cell phone and password.

In addition to reviewing security camera footage, interviewing potential witnesses and participating in daily meetings with Baltimore City Police, the university released a map showing the locations of each of the aforementioned incidents.

As a result, the school “immediately” changed its “public safety deployment to provide an increased presence and focus on the areas that have been most affected by these incidents.” Members of the community can expect a greater police presence on and around the campus, Bard said.

Johns Hopkins will also continue to develop a Johns Hopkins Police Department, described by Bard as a “small, community-oriented department that will operate on the Homewood, Peabody, and East Baltimore campuses.”

“The effects of violence ripple far beyond those who are immediately victimized, and we urge anyone who is experiencing trauma related to this or any other incident to take advantage of our well-being resources for students and Johns Hopkins Employee Assistance Program (JHEAP) for the university and medical faculty and staff,” Bard wrote.

FOX 45 Baltimore reports that robberies, burglaries, and carjackings have increased in Baltimore so far this year compared to last, and homicides are on track to surpass 300 for the eighth straight year.