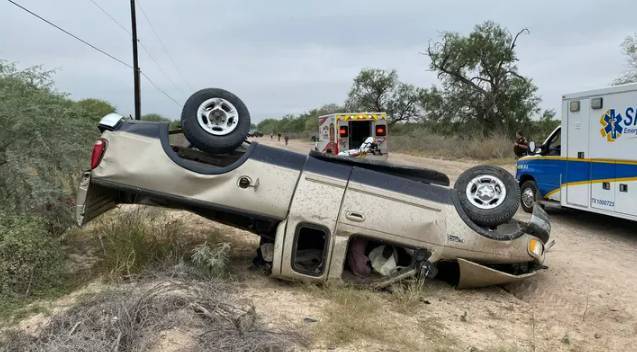 During a car accident in South Texas on Wednesday, one person died and 11 others were injured after they ejected from a pickup truck. Authorities suspect human trafficking was involved in the accident.

A driver who ran a red light in Hidalgo County was pulled over by law enforcement.

It is believed that the driver tried to elude law enforcement, but he wrecked his pickup truck, and all 12 people in the vehicle were ejected.

Texas Department of Public Safety Lt. Chris Olivarez said one person died at the scene, while 11 others, including the driver, were transported to a local hospital for treatment, some in critical condition.

In the past few months, there have been several fatal incidents linked to human smuggling in border communities.

In the fiscal year that ended in September, 856 migrants died crossing the border.

Data from Customs and Border Protection show that 25 migrants have already died this fiscal year.