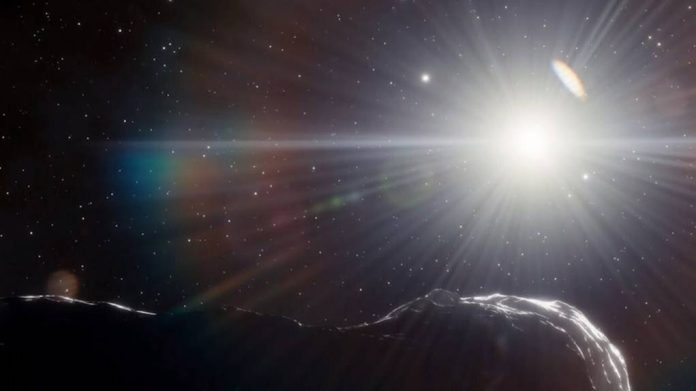 A space team used a dark energy camera on a 4-meter telescope to observe three asteroids that were previously undetectable via telescope due to the glare and brightness of the sun. Two of those asteroids could pose a major threat to our planet.

Scientists at the Earth & Planets Laboratory of the Carnegie Institution for Science found two large near-Earth asteroids that are about 1 kilometer across. If one of them hits Earth, it would be a “mass extinction event like hasn’t been seen on Earth in millions of years.”

Any asteroid over 1km in size is considered a planet-killer. It would likely cool the Earth’s surface significantly and cause an apocalyptic amount of death on the planet.

Researcher Scott Sheppard said that over time, one of these asteroids- 2022 AP7- will start to cross Earth’s orbit closer to where our planet is, but he did not know how dangerous it will be centuries from now. However, the National Near Earth Objects Information Centre in mid Wales said 2022 AP7’s impact probability was fairly low.

The asteroid 2022 AP7 may bring to mind visions of Armageddon, but a recent study offers reassurance that it will not hit the Earth. 2022 AP7 could have devastating impacts on the plant, but NASA’s Jet Propulsion Laboratory Center for Near Earth Object Studies says it’s not hazardous and will only have close approaches to Mars and Jupiter in the next 145 years.

There are also future possibilities to deter ‘planet-killer’ asteroids from earth’s orbit. For example, NASA launched its Dart mission in September to deflect an asteroid from its orbit. The mission was a success, and Tate said there were other possible methods to tackle 2022 AP7.

NASA plans to send a surveyor into space in 2026 to observe asteroids in the region, in hopes of detecting any that could be a threat to Earth.