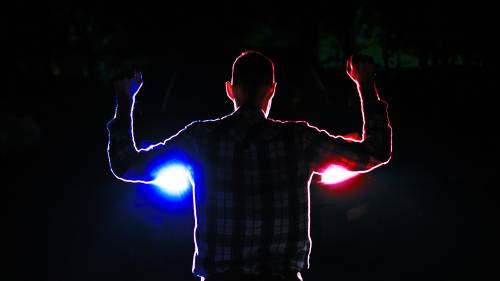 Christopher Francisquini, 31, is accused of murdering Camilla Francisquini on Friday morning and getting into a fight with her mom, who was unaware the girl was already dead. Police Chief Colin McAllister said they were still searching for the homicide suspect as of 10:30 a.m. Monday.

Officers responded to a call about a deceased child. When they arrived at the scene, they found Camilla Francisquini’s body “in a state of dismemberment.”

Camilla was the 11-month-old daughter of the murder suspect. According to authorities, the baby’s cause of death was homicide by “neck compressions, as well as stab wounds.” Police quickly identified the child’s father as a suspect during their investigation.

There have been some sightings of the suspect that have been identifying his trail while he’s on the run. Christopher Francisquini was seen walking along Quinnipiac Avenue in New Haven, and his vehicle was located abandoned at Exit 8 on Interstate 91.

Francisquini has a long history of run-ins with the law, including a 2013 conviction for first-degree assault. He is currently out on almost $375,000 bond and was already on special parole when he committed this homicide.

Naugatuck Chief of Police Colin C. McAllister called the crime “horrific and gruesome” and said that the suspect was still on the loose. His bond has now been set at $5 million.

Chief McAllister offered condolences to the Francisquini family and said the community was grieving with them. He also said the department would not rest until Francisquini was brought to justice.

Authorities are searching for Francisquini, who is considered armed and dangerous. Anyone with information should call the Naugatuck Police Department at (203) 729-5221. Chief McAllister said the FBI will assist Naugatuck police in their efforts to arrest Francisquini and is prepared to offer a reward of up to $10,000.

Francisquini is also urged to turn himself in to the police to answer for his actions.