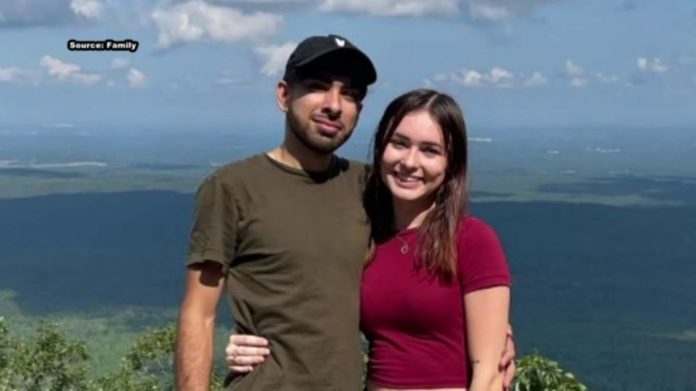 College student is slain in a national park by a woman pretending to be a stranded motorist, police say – NBC News

A 22-year-old man was shot in the back near an Alabama state park. His girlfriend, Mikayla Paulus, was performing CPR on the victim when emergency personnel arrived, and a second woman was found nearby with several gunshot wounds.

Sheriff’s deputies received information that a group of people “living off the grid” somewhere in the National Forest was armed and potentially violent. A tracking team led law enforcement officials to a base camp where the suspects were found.

Adam Simjee, a college student, was shot to death in the Talladega National Forest near Cheaha State Park on Sunday. Yasmine Hider and Krystal Diane Pinkins were charged with murder, kidnapping, and robbery. The women may have been living in the National Forest.

Authorities used a dog tracking team and a state police helicopter to find Pinkins’ camp, and her 5-year-old son was taken by child welfare workers. Pinkins was charged with endangering the welfare of a child.

The sheriff’s office said the suspect pulled a gun on the young couple helping her get her car started. The couple exchanged gunfire with the woman, who then called another woman for help, before fleeing the scene.

The weapons used in the crime were recovered by police.