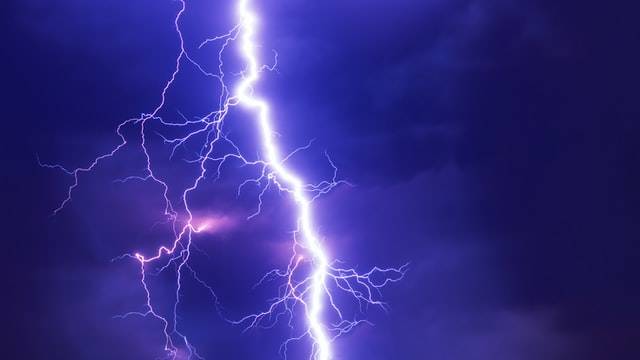 Nicole Tedesco, 42, was killed and her children, Ava Tedesco, 10, and Gia Tedesco, 8, were injured in a Seminole County lightning strike Thursday. A third person was injured, an 18-year-old who has been treated and released.

A parent said she saw a child on the ground and a man waving for help. Another parent said he was about 15 feet away when the accident happened and called 911.

Nicole Tedesco, 42, was walking her children Ava, 10, and Gia, 8, when lightning struck. Nicole Tedesco died at the hospital, and Ava spent the night at the Arnold Palmer Hospital.

The Sanford Airport Authority has created a GoFundMe account to support the Tedesco family. There were no severe weather alerts before the lightning strike, and Nicole Tedesco did not have time to take proper shelter from the elements.

The death brings the total number of lightning-related fatalities in the United States so far this year to 14. Lightning strikes are a major cause of storm-related deaths in the U.S., and can leave a person with various degrees of disability and many long-term health problems.

To learn more about this story, please consider the news sources listed below to stay in the know.