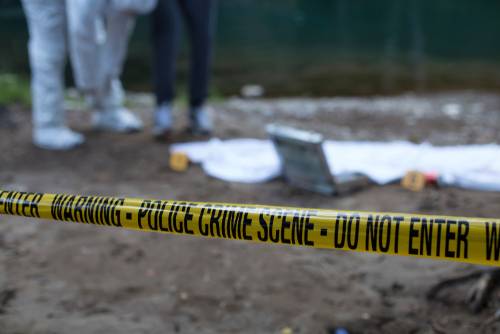 After the stabbing death of her 5-year-old daughter in 2021, a North Carolina woman pleaded guilty and was sentenced.

WTVC-TV reported that Penny Short Hartle, 51, was sentenced to a minimum of 13 years and a maximum of 17 years in prison for the death of her daughter, Caroline Rose.

When Henderson County Sheriff’s Office deputies responded to a call on April 21, 2021, they discovered Wayne Cagle’s 5-year-old daughter had been stabbed in the chest.

“How could she have done that?” Cagle questioned, adding that he tried rendering the child CPR.

When officers asked who he was referring to, Cagle replied, “Her mom.”

Prior to responding to Cagle’s call, officers responded to a 911 call reporting an unknown woman found in a bed down the street. This woman was later identified as Hartle.

As officers arrived at that house, Hartle had already left the residence and entered a truck across the street that was unlocked.

At the time they first engaged Hartle in the truck, she was shaking, mumbling, and appeared to be in diabetic shock.

According to reports, Hartle showed signs of mental illness when she was first arrested, and a judge ordered that she be treated in order to proceed to trial. It was determined that her condition had improved after months of treatment, and she was found fit to stand trial after that.

Hartle’s family testified that she loved her daughter and would never want to harm her if she had been in the right mental state. A plea agreement was eventually reached allowing Hartle to plead guilty to second degree murder.