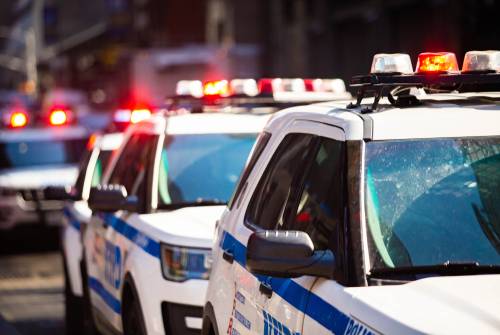 A 22-year-old man suspected of killing three relatives at their Queens home was apprehended hundreds of miles away, out of gas on the side of the road and covered in blood, a senior law enforcement official said. He was taken to a hospital to be treated.

The 68-year-old victim was the mom to two other women and the stepmom to a 26-year-old woman. The youngest victim used a wheelchair and had a home health aide. She was unable to speak or walk, and she knew the home health aide for around 10 years.

Police say that the three women were stabbed, and one suffered from severe head trauma. Their 22-year-old nephew was found in Virginia and is awaiting extradition to face charges.

The killings of three women inside a home in Springfield Gardens remain unclear, but the victims’ identities haven’t been made public. The 26-year-old’s home health aide was the one who initially discovered the bodies.

Police converged on the area after the bodies of the victims were found. The otherwise quiet neighborhood was marked off with caution tape and surrounded by first responders.

Arrest Update
The quick investigative work of NYPD detectives has led our law enforcement partners in Virginia to the individual wanted for the tragic murder of three women in Queens. The suspect has been taken into custody and is currently awaiting extradition. pic.twitter.com/M5t5Xcy1zE

The three women were believed to have lived at the three-unit home at the time they died. The attack appears to be domestic in nature, an isolated incident with no further threat to the neighboring community.

The murder suspect had been reported missing earlier this year before being found in Virginia and finally arrested. He now has to face charges for three deaths that he caused.

The women’s neighborhood has a crime rate that is on the rise.