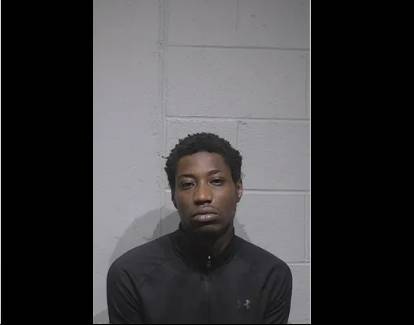 An armed carjacking took place early Friday morning in Ocean City, Maryland, and four teens and a 12-year-old were arrested.

The victim, a 73-year-old man from Brandywine, Maryland, was taken by ambulance to TidalHealth Peninsula Regional Hospital in Salisbury, Maryland, after police determined that he suffered a head injury.

As the victim told police, three males approached him as he stood near his vehicle. One of them pointed a gun at him, demanded items, and struck him with a handgun before stealing the vehicle.

A few blocks away, police spotted the stolen vehicle at a convenience store and attempted a traffic stop, but the driver fled along with two other vehicles.

West Ocean City police successfully deployed stop sticks on one of the vehicles after crossing a bridge out of town.

The driver of the vehicle, Jaquawn Lashawn Daney, 19, fled on foot, police said, but was eventually located by deputies from the Worcester County Sheriff’s Office and handed over to the Ocean City Police. Police said Daney was driving an unreported stolen vehicle out of Ocean City.

Other law enforcement agencies pursued the other two vehicles that fled the resort, not Ocean City Police.

Juvenile #1, a 15-year-old who was driving the carjacked vehicle, was arrested by Wicomico County Sheriff’s Office deputies after the vehicle was stopped.

Three juveniles were arrested after the third vehicle crashed and caught fire in Dorchester County.

According to an investigation by the Ocean City Police Department, several vehicles were broken into downtown, and a handgun was stolen.

Among the charges against Daney were armed robbery, robbery, carjacking, theft of property valued between $25,000 and $100,000, reckless endangerment, first- and second-degree assault, and two counts of unlawful motor vehicle possession. Maryland District Court Commissioners did not give him bail.

Juvenile 2, police said, was waived to adult status and charged with armed robbery, robbery, carjacking, theft of property valued between $25,000 and $100,000, reckless endangerment, first- and second-degree assaults, possession of a handgun in a vehicle, possession of a firearm and ammunition as a minor, and possession of a stolen firearm. After seeing a judge, he was held without bail.

Police apprehended juveniles #3 and #4, ages 14 and 12, in Dorchester County and released them to their parents.

Investigations are ongoing into the incident.