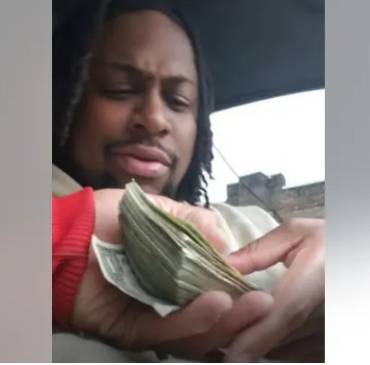 A Philadelphia sheriff’s deputy has been charged with illegally selling guns to an FBI informant in the United States, including two guns that had been used in a deadly shooting that killed a 14-year-old weeks earlier.

The sale occurred to an illegal immigrant who was also an FBI informant.

The Justice Department charged Samir Ahmad, 29, with firearms trafficking and selling firearms illegally in the U.S.

His alleged gun sale occurred on Oct. 13 while he was employed by the Philadelphia Sheriff’s Office.

Detention memos indicate that investigators traced both of the Glock handguns sold and found that they had been used in the September shooting near Roxborough High School, which killed one teen and injured four others.

According to prosecutors, the gun transaction occurred after the shooting. A Justice Department spokesperson told Fox News Digital that Ahmad does not appear to have sold guns to the shooters.

In the investigation into the shooting, authorities were unable to determine how Ahmad came into possession of the weapons.

The informant was initially sold a firearm by Ahmad in April, prosecutors said.

According to federal prosecutors, the informant told Ahmad he would be deported if he was caught with firearms during the Oct. 13 exchange. This exchange was captured with hidden video and audio equipment.

“You don’t got to worry about none of that,” Ahmad allegedly reassured him.

Prosecutors said Ahmad earned $3,000 from selling the guns and ammunition. He was fired after his arrest on Oct. 19.

“As alleged, Samir Ahmad abused his authority – to the greatest extent possible – as a sworn law enforcement officer,” said U.S. Attorney Jacqueline Romero. ” The defendant sold firearms illegally on the street to at least one person who was not permitted to possess them, adding fuel to the already incendiary fire of gun violence in Philadelphia.”

The informant handed over the Glock handguns and ammunition to the FBI after making the purchase.

Romero further stated, “As a result of his historically poor attendance record, the defendant was terminated by the Sheriff’s Office. This fact suggests that the defendant earned more money by selling guns and drugs illegally than by showing up at his job as a sworn law enforcement officer.”

The sentence for Ahmad could be up to 15 years in prison.