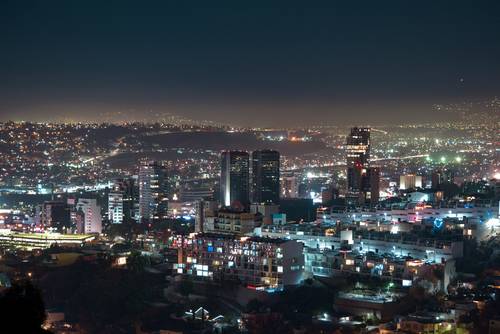 According to reports, Mexican authorities are searching for a possible American serial killer suspected of targeting three sex workers just across the border in Tijuana.

As reported by NBC San Diego, Baja California Attorney General Ricardo Carpio said at a press conference that the suspect is believed to be hiding somewhere in San Diego, California, and that investigators are working with their American counterparts to find him.

“A person threatening our citizens’, our women’s, lives will have a serious problem with our justice system,” he said.

“We collaborated with the institution’s strategy department to share information. They were able to determine that this suspect attacks vulnerable, lonely victims and lures them with lies,” Carpio said.

He is believed to be a U.S. citizen who found his victims in strip clubs and bars in the Zona Norte area of Tijuana, NBC San Diego reported, citing homicide investigators. A Spanish newspaper, Marca, reported that at least three murders are under investigation.

NBC San Diego reported that the women were found dead in a motel room and the suspect had sex with them before beating and killing them.

“Our investigators have also taken the necessary steps to determine if there are any cases associated with this femicide, and we have issued an arrest warrant against the suspect,” Carpio said.

“There is no doubt in my mind that we will capture him and transport him back to Tijuana,” Carpio reportedly said.

Mexico in general, has seen a lot of ‘femicide’ or murders of women. Particularly young women who are often raped. In many of the cases, they are not sex workers but actually just young women trying to find work who get baited by online job listings. One such case that was covered extensively was that of 18-year-old Debanhi Escobar who disappeared in April. Her body was later discovered stuffed into a water tank. For weeks the state tried to say she died of an ‘accidental fall’ into the tank but an autopsy report showed signs of sexual assault as well as multiple blunt force trauma to the skull. Implying she was hit repeatedly with a hard and heavy object.

The case sparked national outrage. In particular because of Mexican authorities’ lack of finding and solving the disappearance and murder of women. Many of them, are victims of cartels and forced into the sex trade or simply murdered to keep them quiet.