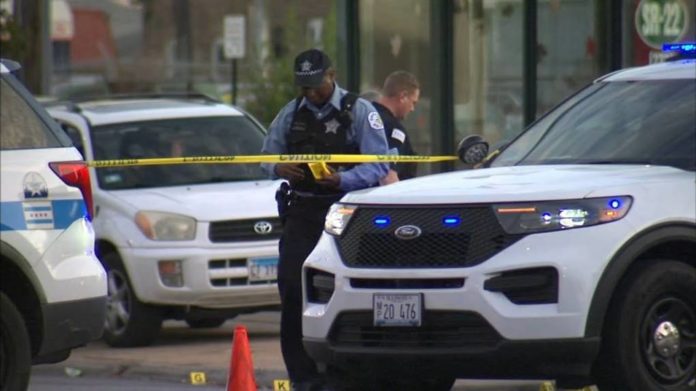 A night of street racing ended in gunfire in Chicago’s Brighton Park neighborhood early Sunday morning. Three males are dead, two others are in serious condition, after a violent weekend among Chicago’s youth.

At least five men were shot in total, three fatally, early Sunday at an intersection in the Brighton Park neighborhood on the city’s Southwest side, police said. The shooting may have stemmed from a street racing incident.

Police officers were responding to complaints about a drag-racing caravan when they received a ShotSpotter gunshot detection alert. All of the people who were shot were taken to hospitals in private vehicles. The two wounded are expected to survive their injuries.

Those that were shot were fairly young to be in such a life-threatening scenario. Two of the wounded men were 19 and 21 years old.

Police say there were drag racing caravans all throughout the city and that approximately 100 cars gained control of an intersection here at Kedzie and Archer. There were 13 Rounds fired off overnight at the scene of the crime. Investigators also realized that all of the victims are gang affiliated at this point.

A city council member said Sunday’s shooting was not just fun and games, and gangs and criminality were joining in the drifting and drag racing. He said the city should consider blocking in the vehicles and then towing them away.

Police have not arrested anyone, but are still looking for one or two suspects that were involved in the shooting. They did not recover any guns, but are hoping surveillance cameras will help to reveal more about the crime.

The city passed an ordinance meant to crack down on illegal drag racing and drifting, but Ald. Raymond Lopez said it hasn’t worked and residents are tired of feeling trapped in their own homes while crime ravages the city.