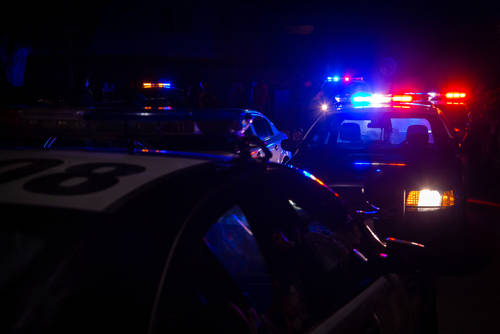 Officers were shot and wounded early Wednesday by a motorist during a traffic stop in central Illinois, police said. The motorist was killed when officers returned fire.

After stopping a vehicle about 12:30 a.m. Decatur police ordered the driver, based on information they knew prior to the stop, to show his hands, but he didn’t, Decatur Police Chief Shane Brandel said.

As one of the officers noticed what they believed to be a handgun in the vehicle, they attempted to remove the driver, who fired multiple rounds at them from close range.

The officer returned fire and struck the driver multiple times. The chief said he was declared dead at a Decatur hospital.

Jamontey O. Neal of Decatur, 32, was identified as the motorist by the Macon County Coroner.

Decatur Mayor Julie Moore Wolfe said the officers’ injuries are serious, but both are expected to recover, the (Decatur) Herald & Review reported.

Three Decatur officers and one deputy from the Macon County Sheriff’s Office discharged their weapons during the exchange of gunfire, Brandel said.

As is standard procedure in Illinois following such shootings, Illinois State Police will investigate the shooting. The city of Decatur is located about 120 miles southwest of Chicago.