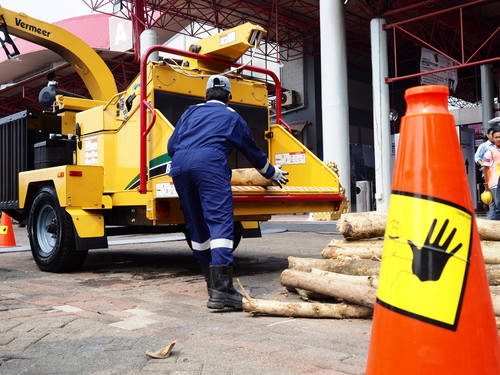 It was reported Tuesday afternoon that a tree-trimmer died after falling into a chipper at a work site in Menlo Park while he was trimming trees, authorities said.

According to the Menlo Park Police Department, the industrial accident occurred around 12:50 p.m. on Sunday at the 900 block of Peggy Lane, which is in the city of Menlo Park.

There has been no determination by the authorities as to how the landscaper fell into the chipper.

A police department release stated that when officers arrived on the scene, a male subject was discovered deceased, as he sustained injuries as a result of the incident.

It is believed that the victim was working as an arborist for the firm S.P. McClenahan, a division of Bartlett Tree Experts, at the time of his murder.

The victim has not been identified, but co-workers declined to discuss the incident in any further detail.

An investigation was also conducted by officials from the Menlo Park Fire Department as well as the state Occupational Safety and Health Administration.

It is estimated that landscaping related accidents lead to more than 500 fatalities each year. The CDC reports that approxiately 25 out of every 100,000 workers die while in the commission of duty.