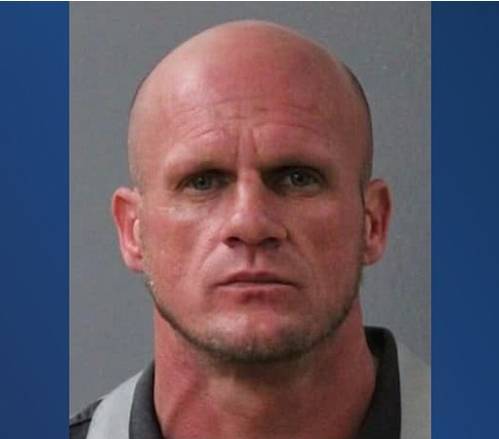 A search was underway in the area of Linden, Texas, authorities said.

Charles Spraberry escaped the jail using a handmade knife, according to authorities.

Spraberry is accused of murdering two individuals found in a burned trailer in March of this year.

Charles Obin Spraberry, 44, who broke out of the lockup about 7:45 p.m. Monday evening.

Sheriff Larry Rowe said. Using a makeshift weapon, Rowe noted that Spraberry first accosted and injured a male jailer before working his way into the booking area at the front of the jail.

“Spraberry then forced a female jailer to open the door to the outside, and then he ran,” Rowe said.

The Texas Department of Public Safety, U.S. Marshals and Texas Rangers assisted in the search and capture.