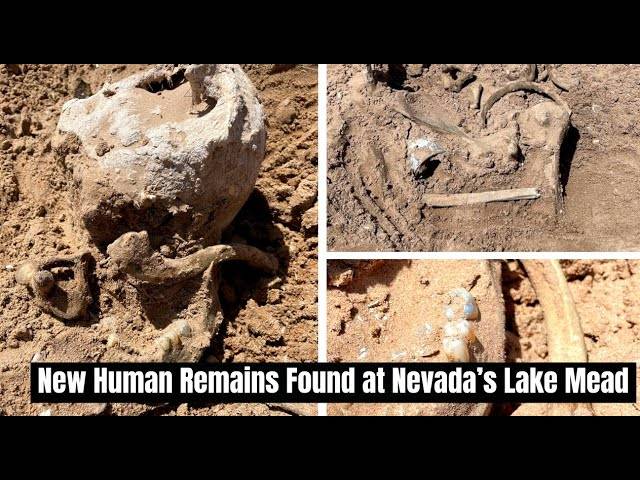 A third body was found at Lake Mead Monday as the reservoir’s water levels continue to recede, according to a news release from the National Park Service. The Clark County Medical Examiner is assisting with determining the cause of death, the release said.

Two sets of human remains were discovered in early May in Lake Mead. One set was found stuffed inside a barrel, and the other set was discovered on the shoreline.

A climate change-fueled megadrought has caused the water levels in the Colorado River’s two largest reservoirs to fall at an alarming rate. The low water level has exposed one of the reservoir’s original water intake valves for the first time.

The Pueblo Grande de Nevada, once hidden beneath the water, is an important stopover on the pioneer route from Salt Lake City to Los Angles.

Lake Mead, the nation’s largest reservoir, is receding due to human-caused climate change, and supplies electricity to about 350,000 homes and water to 25 million across the Southwest.

NASA Earth Observatory said the largest reservoir in the United States is now dry, and surrounding states are being warned to make immediate cuts to protect future supplies and power generation.

For more information on these Lake Mead discoveries, consider the news outlets listed below.