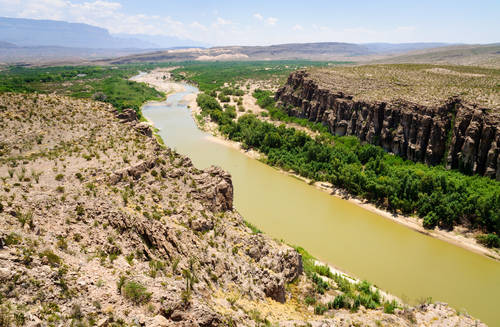 Eight migrants were found dead, and 53 were taken into custody as they tried to cross the Rio Grande into Texas, authorities said.

Biden’s immigration policies have emboldened human smugglers, led to record levels of migrant deaths, and endangered the safety of law enforcement and Border Patrol. No one stands to gain more from this chaos than the cartels.https://t.co/dot74y303u

“53 DEAD in a truck, 53 in a river, countless dead in ditches, gullies and desert throughout #TX23….how many more must die before Biden visits the border?” he tweeted.

As a form of protest, Texas Gov. Greg Abbott has ordered the busing of migrants to Washington, D.C., New York City and Chicago in an effort to highlight how overwhelmed Texas border communities have become.

As of Friday, more than 7,600 migrants have been transported to the three cities. The migrants did chose those locations as their final destination. They were not forced to go nor transported there against their will.

“President Biden’s inaction at our southern border continues putting the lives of Texans—and Americans—at risk and is overwhelming our communities,” Abbott said in a Wednesday statement as migrants were being taken to Chicago.