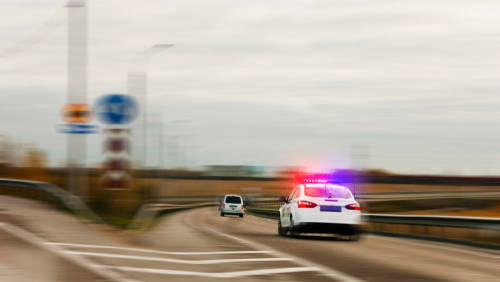 A police pursuit ended when the suspect’s vehicle became disabled and he fired several shots at officers. Several officers fired their firearms, striking the suspect.
Police tried to pull over a truck connected to a homicide, but the driver refused to stop. A pursuit ensued, and the suspect’s vehicle became disabled, and he got out of his truck and exchanged gunfire with police.
The shootout took place on E. Juneau Avenue just west of Water Street, Milwaukee. Eight officers were involved in the incident, and one bystander was taken to a hospital for treatment.
Milwaukee Police shot and killed the man after a chase overnight. A 22-year-old innocent bystander was also hit in the crossfire, and eight police officers are now on administrative duty.
Authorities are not releasing the name of the person shot, but the suspect was wanted in connection with another homicide. Police had been searching for the suspect for over a week for his previous crime.
The homicide suspect is believed to be Ernest Terrell Blakney, 47, who was wanted for killing his ex-girlfriend Nikia Rogers and setting her Milwaukee home on fire. Blakney was also free on bond when he killed Rogers.
Authorities say the man was driving a blue Chevy Silverado that was stolen at gunpoint not long after he allegedly shot and killed 36 year old Nakia Rogers.
To learn more about this story, please consider the news outlets listed below to stay in the know.