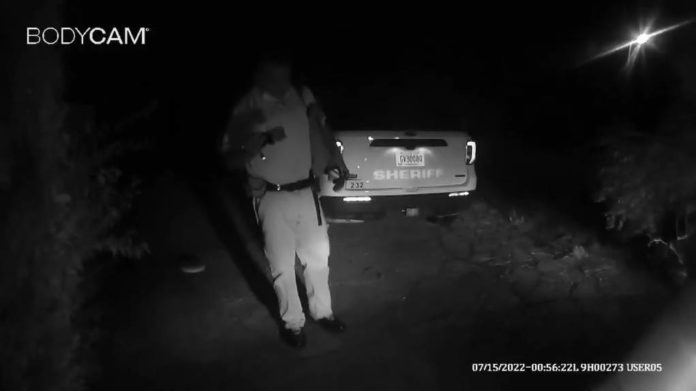 Authorities said Grier was arrested at a home on July 15, but later suffered “significant injuries” and died at Grady Memorial Hospital.

The Georgia Bureau of Investigation conducted an independent investigation into the incident, and brought in the Georgia State Patrol and automotive experts.

One of the deputies placed Grier in the backseat of the patrol car after her arrest. He did so by opening the rear passenger’s side door.

After the officers drive away from the Grier family home, the body cam video shows one of the officers stop his vehicle and get out, and locate Grier laying on the side of the road, face down. Grier doesn’t respond to the officers’ commands.

Investigators reviewed multiple body camera videos, conducted numerous interviews and conducted “mechanical tests” on the patrol car to determine if there were possible mechanical malfunctions to the vehicle, according to a GBI statement.

The Georgia Bureau of Investigation said its investigation found that Grier was not wearing a seatbelt and that the rear passenger side door of the patrol car was never closed.

For more information on this case, please consider the news outlets listed below.