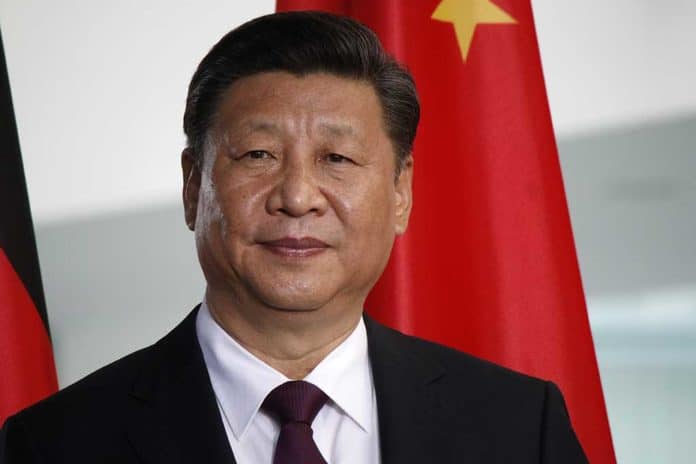 (InformingNews.com) – It is not unusual for Americans to compete for other countries in the Olympics given it is a nation of many immigrants. At the Beijing Olympics, one skier decided to go to the games for China. She caused some uproar in the United States with the decision, but became China’s golden girl. Now she’s spoken on a controversial issue, and the Chinese people are unhappy with her, too.

American citizen Eileen Gu decided to represent China in the Olympics because it’s the home country of her mother and grandmother who raised her. While it may be her way of honoring her family, she obviously wasn’t aware of what this decision would mean and certainly wasn’t ready to face the rules of the communist country.

The gold medal winner used Instagram regularly throughout the games. Someone questioned why she could use the platform when citizens have the “Great Firewall” that blocks them from accessing it. The user then asked why she wasn’t acting as an advocate for the people living under the heavy-handed censorship of the Chinese government.

In reply, the young skier advised them that anyone can access Instagram just like her by using a VPN (virtual private network). She exclaimed that it’s free and gave a thumbs up emoji.

The tone-deaf response shows how much about life in China Gu does not understand. VPNs are illegal in China.

Screenshots of Gu’s remarks began making the rounds on Chinese social media, but the government, which has largely treated the skier as a celebrity, blocked them. Officials are controlling the narrative and protecting Gu.

Before the government stepped in, many people saw the statement. They were outraged, and rightly so. It’s clear she’s breaking the law by using a VPN. But instead of punishment, she gets protection from authorities.

The people who are under the thumb of the government say the teen has no idea what it’s like to be a real Chinese citizen. They don’t believe she will ever understand the struggles people have under the oppressive Chinese system. For them, Gu has lost a little bit of the shine she had at the beginning of the games.

Whether it’s because Gu won gold for China or because her mother is the daughter of a former government official, one thing is clear: Gu is receiving special treatment, and she doesn’t appear to feel guilty about it.