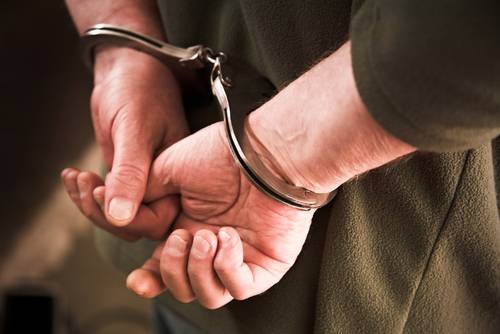 The Delaware Police Department received CyberTip reports in August 2022 regarding numerous images of apparent child pornography that were uploaded via Google email accounts.

Investigators tracked the IP addresses for the reported email accounts to Justin Foley, 47. He was caught creating videos in the classroom and hallways of the school that exploited underage girls. He used hidden cameras to commit this crime.

Foley allegedly admitted to law enforcement that he used the gmail accounts that have been at the center of the investigation. He also admitted that he created voyeuristic recordings of females in public settings and dressing rooms at local stores. He also allegedly pointed investigators to an iPhone, laptops, and an external hard drive.

Foley was charged with sexually exploiting minors and distributing child pornography. He is accused of using his cell phone to capture female genitalia.

Two Jane Does, both 15 years old, were identified as victims. Foley followed one of the Jane Does in the hallway for a video. Investigators said the teacher recorded several videos of a current student, Jane Doe Two, showing her buttocks and trying to record up her shorts in the vaginal area.

He also had on his devices a disturbing amount of images of child sexual abuse material. Foley had apparently taken “tens of thousands of explicit videos” at the school he worked at. This exploitive footage includes where a 15-year-old girl’s legs and genital area were the focus of the video.

Foley was arrested and charged with violations of state law in Delaware County, but his federal charges will supersede those charges. After his arrest, Columbus City Schools suspended Foley and terminated him. The district submitted a report to the Ohio Department of Education.

Foley appeared in court Wednesday and agreed to be detained pending trial. He was ordered to be held in a corrections facility separate from other people awaiting trial or appeals.