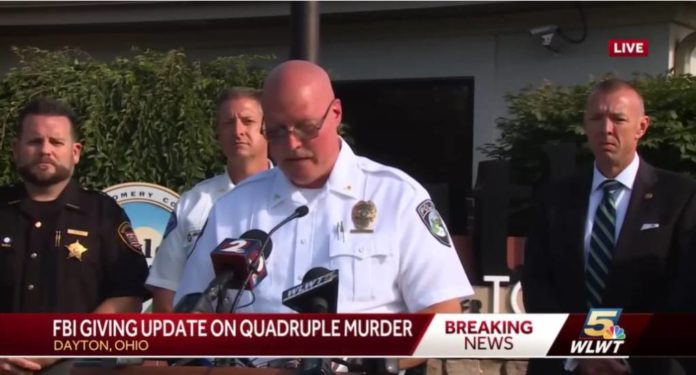 A man was arrested in Lawrence, Kansas, on suspicion of aggravated murder in the death of four people. Extradition arrangements are being made.

On Friday, Stephen Marlow was wanted in connection with the shooting deaths of four people in Butler Township, Ohio.

Marlow was charged with four counts of aggravated murder on Friday, and a federal arrest warrant was issued on Saturday.

Before Marlow was apprehended, Butler Township Police Chief John Porter asked the suspect to turn himself in, saying he could resolve the situation peacefully.

Police said Marlow is, the primary suspect in the shooting and asked neighbors to review any video camera footage from that day.

Marlow has ties to Indianapolis, Chicago and Lexington and could be in one of these cities. He should be considered armed and dangerous.https://t.co/OclLDzP0b4

Authorities are still trying to establish a motif for the killings, which took the lives of a couple in their 70s and a mother and daughter who were 41 and 15 years old.