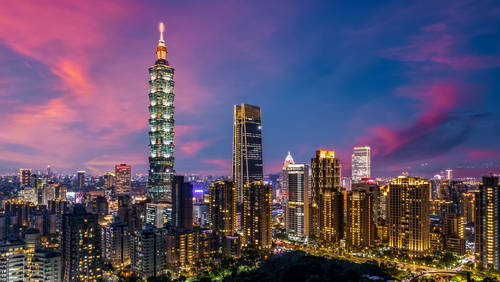 Taiwan’s armed forces issued an alert, dispatched air and naval patrols around the island, and activated land-based missile systems in response to Chinese military drills, which they said appeared to preempt an attack on the self-ruled island.

Taiwan’s army said it detected four unmanned aerial vehicles flying near the Kinmen island group and fired warning flares in response. The drones were believed to be Chinese.

Taiwan’s President Tsai Ing-wen said the government and military are closely monitoring China’s military exercises and information warfare operations and called on the international community to support democratic Taiwan and halt any escalation of the regional security situation.

Attacks on Taiwan’s Ministry of Foreign Affairs website had doubled between Thursday and Friday, compared to similar attacks ahead of Pelosi’s visit, according to a report.

The deputy head of the Taiwan Defense Ministry’s research and development unit was found dead in his hotel room after suffering a heart attack.

Taiwanese overwhelmingly prefer maintaining the status quo of de facto independence from China and reject Beijing’s demands that Taiwan unifies with the mainland.

In the corporate world, organizations are forced to recognize “one-China publicly,” a reminder made clear to Mars Wrigley; they aired a commercial called Taiwan a country and faced stiff backlash from Chinese consumers on Weibo, a Chinese social network.