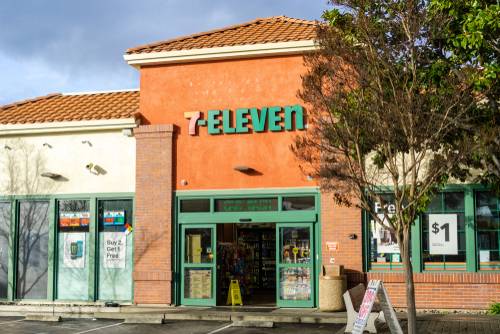 A 77-year-old man was beaten to death earlier this week outside a 7-Eleven in San Francisco, police said.

According to local Fox affiliate KTVU, Owens was one of three people allegedly targeted at a 7-Eleven early Tuesday morning.

After dragging a 26-year-old man waiting for a bus at a nearby bus stop into the convenience store and beating him with his fists, the suspect, who has since been identified as Charles Short, began attacking people for no apparent reason around 6:30 a.m.

In the process, the suspect turned on the store’s 70-year-old owner and attacked him, preventing both victims from calling 911.

A surveillance camera captured a gruesome encounter between Short and Owens outside.

Owens died at the scene, and the other two victims were hospitalized.

According to local resident Giesha Calloway, the dead body was covered with a tarp on the side of the street. “It looked really bad. There was a lot of blood. It didn’t look right.”

“There is no safety in the neighborhood”, said Calloway, who noted that she no longer walked the neighborhood. “They need some type of security around here. It is getting out of hand. This is ridiculous.”

On condition of anonymity, an owner of an auto repair shop in the area spoke with KTVU about the attack against Owens.

“That was brutal and really scary,” the business owner said. “Somebody just got beaten to death.”

In addition, he said he often encounters mentally ill people entering his business, so he has armed himself with a Taser.

“One crazy guy came in here and beat me and my buddy up,” he recalled. “We ended up in the hospital for a few days.”

Shamann Walton, Supervisor of our community, said in a statement Wednesday, that it is heartbreaking to see such senseless violence against the elderly. “I am committed to working with our community, city departments and law enforcement to prevent violent incidents like this from happening to our community and to our seniors.”