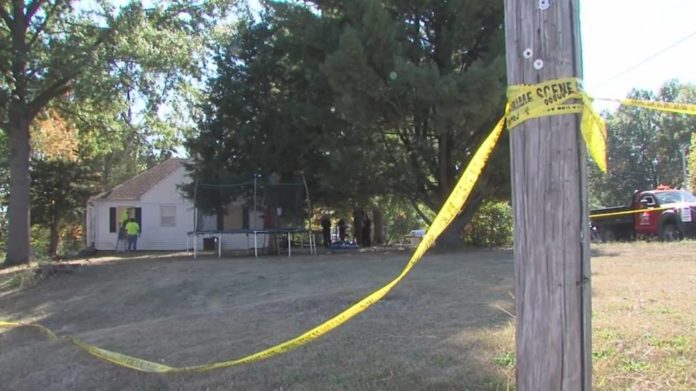 Last week, neighbors heard anguished cries for help and found a woman with a metal collar and padlock around her neck.

Lisa Johnson, 41, said she heard a faint “help me” from outside her front door Friday, Oct. 7, and spoke with a young woman who told her she was being held against her will. Johnson said she was ready to the police.

However, the distressed woman begged her not to. She told Johnson, “If you call the cops, he’s going to kill us both.” However, she called the authorities anyways.

Ciara Tharp, the kidnapper’s neighbor, said her grandmother encountered the woman after she escaped from captivity. The grandmother claims that her heart told her she had to help her. She fed the woman, gave her water, and waited with her until the police came.

Police found the woman wearing a metal collar with a padlock and latex lingerie and duct tape around her mouth. She told police that Haslett held her hostage and repeatedly raped and whipped her.

Timothy M. Haslett Jr. has been charged with kidnapping and raping the Missouri woman. His home was boarded up and fenced off Monday after a dayslong search warrant was executed at the home. There are no evidence of additional deceased victims.

For additional insight on this story, please consider the news outlets listed below to stay in the know.