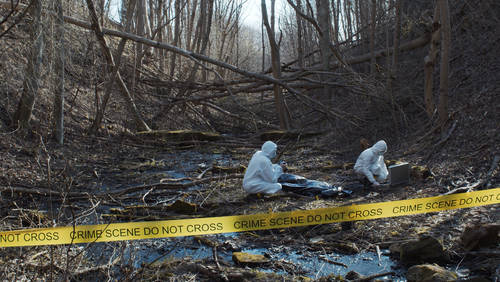 Authorities in Iowa are investigating a woman’s claim that her late father was a prolific serial killer who murdered dozens of people over decades. The sheriff’s office is looking into the allegations, and the Division of Criminal Investigation is helping with the investigation.

The woman claimed her father was a ruthless serial killer who murdered dozens of women over 30 years. She says that her father enlisted her and her sibling to help move the bodies of the young women that were allegedly buried near a well on his property.

Lucy Studey was the woman who made these allegations about Donald Studey, stating that he killed 50 to 70 people years ago. She told authorities that her and her siblings were forced by Donald to transport the bodies of women he killed into a 100ft well.

However, not everyone agrees with Lucy Studey’s claim. Her older sister, Susan Studey, told reporters her father was not a serial killer. Donald also died while serving a life sentence in jail, so police can’t question the source of the alleged murders.

Lucy also added claims of suspicious circumstances among her family. Lucy said her brother killed himself at 39 and told teachers and priests, but “no one would listen to me.” The daughter of the deceased killer has a compelling story, but authorities didn’t have any proof.

However, there may be evidence of the murders now. Cadaver dogs may have found remains of 70 people on the rural tract where Donald Dean Studey lived. Two cadaver dogs were taken to the site and had “hits” indicating the possible existence of decomposing remains.

Local, state, and federal agencies are involved in the investigation, including the Iowa Division of Criminal Investigation and the FBI. Kevin Aistrope, Fremont County Sheriff, confirmed the investigation and said excavating the scene would cost around $25,000 to $300,000. The sheriff’s office spent much of the last year attempting to find the old well and get permission to conduct searches.