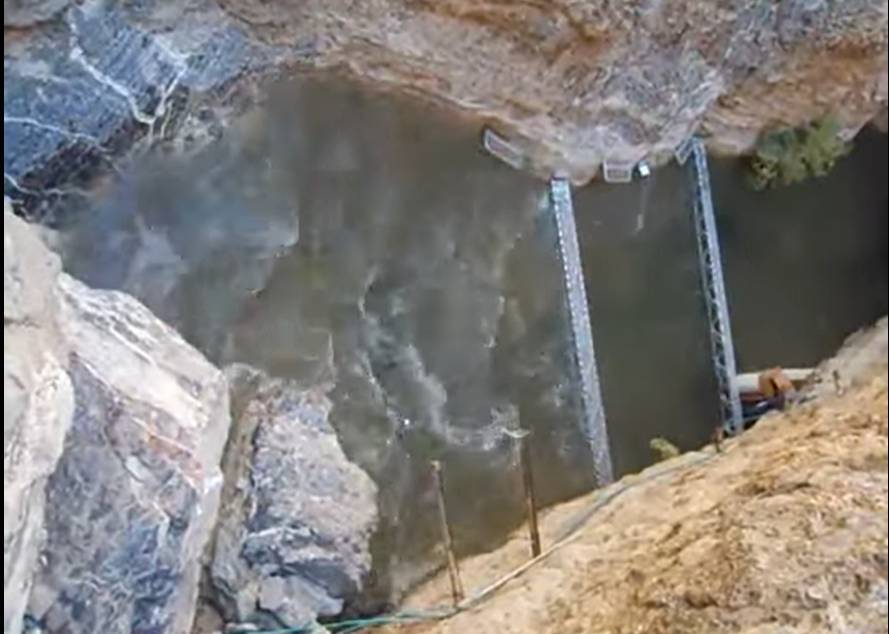 During the five minutes following the 7.6 magnitude earthquake that struck near Mexico’s southwest coast Monday, normally calm water began sloshing against limestone inside a cave in Death Valley National Park.

More than 1,500 miles away from the earthquake, the reverberations created what is known as a desert tsunami, which on Monday caused waves to erupt as high as four feet in Devils Hole, a pool of water about 10 feet wide, 70 feet long, and more than 500 feet deep, in the Amargosa Valley, Nevada.

A National Park Service website reports that earthquakes in Japan, Indonesia, Chile and other countries have caused the water to splash up Devils Hole, a partially filled cave that has become an “unusual indicator of seismic activity”.

According to Kevin Wilson, National Park Service aquatic ecologist, the 6.8 magnitude earthquake that also struck Mexico’s southwest coast early Thursday did not create any waves or agitate the water in Devils Hole. At least two people were killed in the quake that struck outside Aguililla, a town in Michoacán, just after 1 a.m. Thursday.

Wilson said earthquakes along the Pacific’s “Ring of Fire” that reach a magnitude 7 or higher will usually register in Devils Hole, depending on depth, magnitude and location.

In Devils Hole, the pupfish, an endangered breed, are vulnerable to short-term challenges following a seiche, a geological phenomenon. In addition to stirring sediment, waves in the cave splash away algae growing on a shallow shelf, which pupfish rely on, Wilson said. They can also smash pupfish eggs.

Long-term, he said, the movement from earthquakes helps remove organic matter, which over time can rob the ecosystem of oxygen.