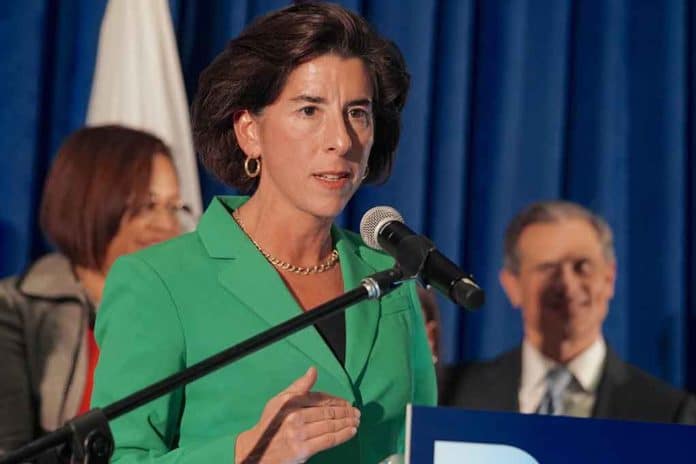 (InformingNews.com) – When Russia escalated its military action against Ukraine, the United States and other countries issued sanctions. These punishments included steps to restrict access to technology. But China has been friendly with the Kremlin, leading officials to worry that Chinese companies may help out Russia.

On March 8, US Commerce Secretary Gina Raimondo warned China not to attempt circumventing the sanctions on Russia. She told leaders in the communist country not to send supplies, chips or other items that would enable the Kremlin to continue its aggressive actions toward Ukraine.

US Commerce Sec. @GinaRaimondo bluntly warned Chinese companies not to contravene trade #Sanctions against #Russia by supplying the belligerent nation with chips and other supplies needed to sustain the war effort against #Ukraine. https://t.co/ylRL9JNZt8

Raimondo stated Russia would no doubt attempt to seek out other countries to help bypass the sanctions, but the US can and will shut down companies offering aid. She explained the Biden administration could quickly close China’s Semiconductor Manufacturing International Corporation or other chipmakers that provide technology to Russia.

The secretary claimed the companies are wise not to intervene for their own good. US sanctions in 2020 cut telecommunications company Huawei off from advanced technology and ended its ability to compete in the global smartphone market. It’s a good example of how missteps by tech companies in relation to the Russia-Ukraine situation could devastate them and China’s economy.