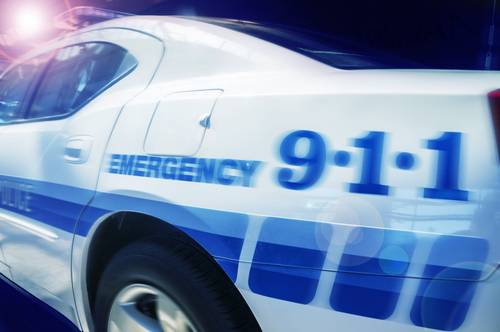 Oakland University went into lockdown after two suspects exchanged fire with police. No one was injured, but the incident highlighted the dangers of gun violence.

Police were searching for two possible armed car thieves near Oakland University, near Meadow Brook Amphitheatre. Multiple shooters stole vehicles in Genesee County and fired shots near an auto dealership, police said. One suspect crashed one of the stolen vehicles on Interstate 75 near Joslyn Road in Auburn Hills and then ran away on foot, police said.

Authorities asked residents of Oakland University to stay indoors while they searched for the two suspects whom they believed to be armed. The men were spotted on East Campus and chased by police from Grand Blanc Township near an auto dealership.

A witness saw two suspects get into a vehicle that left the area. Police were alerted to about the incident in Genesee County at 3:42 a.m.

UPDATE on Oakland University area post. A witness was located that said two individuals marching the description of the suspects got into a vehicle that pulled up and they fled the area hours ago. The shelter in place is released.

The exit ramp at Joslyn was closed after the crash, and Oakland University asked commuters not to come to campus. Classes were allowed to resume at noon that same day.

The investigation at the school has continued, and three stolen vehicles were found on southbound I-75 near Joslyn. One person was killed during the gunfire exchange before the two suspects fled the scene.

Campus police posted alerts on social media platforms and closed schools after another shooting occurred at the University of Virginia, and a suspect was arrested after an hours-long standoff with police on the west side of Michigan.

This isn’t the only threat of gun violence in the area either. There were several middle and high schools near the Oakland University campus that had threats of people bringing guns to school.