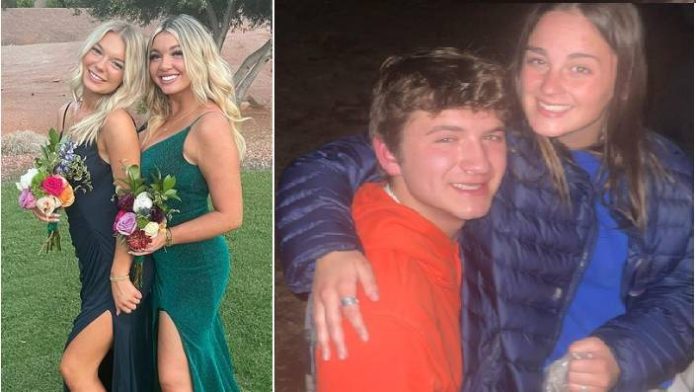 The names of four University of Idaho students killed in an apparent quadruple homicide were released by police in Moscow, Idaho.

Among the victims are Ethan Chapin, 20, of Conway, Washington; Madison Mogen, 21, of Coeur d’Alene, Idaho; Xana Kernodle, 20, of Avondale, Arizona; and Kaylee GonCalves, 21, of Rathdrum, Idaho.

There are limited details in this investigation, the Moscow Police Department (MPD) said in a statement Monday afternoon. “At this time, no one is in custody.”

A spokesperson for MPD said the department and the city are “deeply saddened for the families of these individuals, their classmates and friends, as well as the community during this time.”

According to their social media interactions, the four victims were friends. Chapin had recently celebrated his birthday.

Just before noon on Sunday, Moscow police responded to reports of an unconscious person on King Road, adjacent to Greek Row and near the university’s golf course.

Scott Green, the president of the University of Idaho, said in a statement that the students were “believed to have been victims of homicide.”

Green said that authorities do not believe there is an active threat to the community. The university is assisting police in the investigation.

In the coming days, authorities are expected to release more information about the students’ deaths.

The Moscow Police Department is asking anyone with information to contact them at 208-882-COPS (2677) or Capt. Tyson Berrett at [email protected]