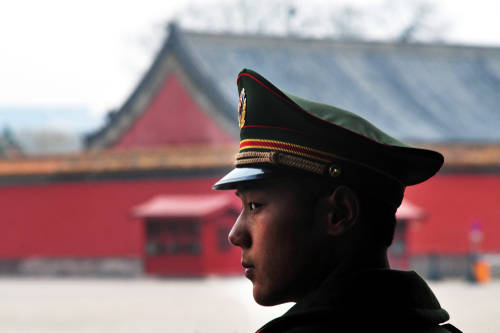 Seven Chinese nationals have been charged in the United States over an alleged plot to intimidate a US resident into returning to China to face criminal charges.

Operation Fox Hunt, an international anticorruption campaign targeting Chinese fugitives, is the subject of the case. In 2014, the Chinese government launched Operation Fox Hunt to target wealthy citizens accused of corruption who had fled the country with large sums of money.

According to the US Department of Justice, such law enforcement actions were conducted “in a unilateral manner without approval of, or coordination with, the US government.”

According to the Justice Department, the defendants were charged with conspiring “to act in the US as illegal agents of the People’s Republic of China.”

It has been reported that two people have been arrested and detained, while five others are still at large. If convicted of acting as agents of China, the defendants face a maximum prison sentence of ten years.

Chinese officials and their assets threatened the targets and their families, including family members still residing in China, with harm, including incarceration, to coerce their repatriation to China, according to an indictment unsealed Thursday in federal court in Brooklyn.

According to authorities, the defendants harassed a New York resident into returning to China based on surveillance.

According to US Attorney Breon Peace, “The United States will firmly counter such outrageous violations of national sovereignty and prosecute individuals who act as illegal agents of foreign states.”

An inquiry to the Chinese Embassy in Washington was not immediately responded to.

According to the Justice Department, the Chinese government began targeting a citizen living in the eastern district of New York in 2002.

According to the indictment, the Chinese government issued Interpol a “red notice” for John Doe-1 on or about May 16, 2002 – an international request notifying member states of a wanted fugitive’s identity and alleged criminal activity.

During his time working as general manager of a state-owned corporation in China, John Doe-1 embezzled 2 million Chinese yuan (about $276,000) of public funds, according to the red notice. According to the indictment, life imprisonment is the maximum punishment that can be imposed for the allegation.

Indictments said defendants warned that “coming back and turning yourself in is the only way out” and that “avoidance and wishful thinking will only result in severe legal punishments.”

According to the US, China sent the fugitive’s elderly father to America to force him to return home

In 2019, China filed a civil lawsuit against John Doe-1 and his son alleging he had stolen funds from his former Chinese employer, which “harassed” him and his son. According to the Justice Department, the defendants told the targets the lawsuit would be withdrawn if John Doe-1 returned to China.

“The defendant once said that your relatives would definitely be involved and that they would certainly find new ways to bother you,” according to the indictment.

One of the defendants allegedly met with John Doe-1’s son in September this year and pressed for John Doe-1 to return to China ahead of the Chinese Communist Party National Congress, a weeklong meeting that began on Sunday in Beijing. The defendant is said to have asked John Doe-1 for a written confession to be submitted to the Chinese government as part of that agreement.

This case involved victims who fled an authoritarian government for a better life here, leaving behind their lives and families. A Justice Department statement said.

“The actions we allege are illegal, and the FBI will not allow adversaries to break laws designed to protect our nation and our freedom.”