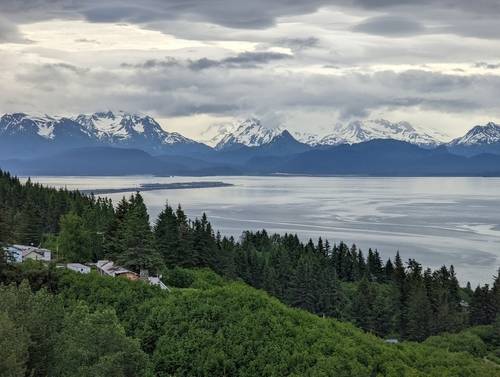 A Department of Homeland Security spokesperson told the media that the individuals were transported to Anchorage for inspection, which includes screening and vetting.

A few days before their arrival in Gambell, Alaska, Russian President Vladimir Putin called for the “partial mobilization” of the country’s population, prompting an exodus of Russian men out of the country, with cars queuing up to cross into neighboring Finland, Georgia and Mongolia.

Several military enlistment offices have been set on fire as a result of protests against the draft. There were also anti-war protests across Russia following the mobilization announcement.

In the meantime, the Kremlin’s invasion of Ukraine is faltering, as Kyiv’s forces are pushing back aggressively, including in regions the Kremlin claims it has annexed in violation of international law.

Several experts have previously warned that some troops serving in Russia’s war already have low morale and equipment issues, and that newly mobilized soldiers risk rushing to the front without sufficient training.

During a news conference on Wednesday night, Alaska Gov. Mike Dunleavy said the arrivals had been a surprise.

Alaska Public Lands Information Centers estimate that the distance between mainland Russia and Alaska is 55 miles at its narrowest point.

“This incident clearly shows two things: First, the Russian people don’t want to participate in Putin’s war of aggression against Ukraine. The proximity of Alaska to Russia is another factor that makes our state vital to America’s national security,” said Sullivan.

It is for this reason that Senator Murkowski and I have pressed Washington hard to prioritize capabilities in the Arctic, including ports, infrastructure, and Coast Guard assets.”