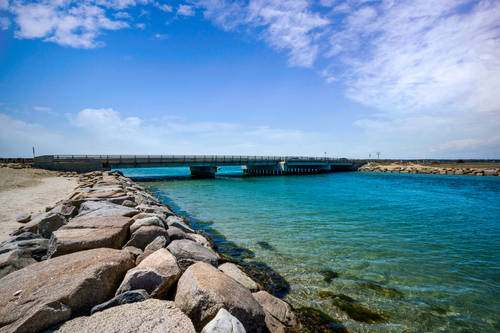 A shell fisherman found the body of Tavaughn Bulgin, 21, on the western edge of Sengekontacket Pond, Massachusetts, on Thursday.

Bulgin and his 26-year-old brother were missing after jumping off the “Jaws” bridge on Martha’s Vineyard late Sunday night.

A man’s body was found on the western edge of Sengekontacket Pond that matches the description of Tavaughn Bulgin, 21, who was missing since he jumped from bridge on Martha’s Vineyard late Sunday night.

Tavaris Bulgin‘s body was recovered on Monday. The Bulgins are from Jamaica and were seasonal employees at a restaurant on Martha’s Vineyard.

The two people rescued were taken to the hospital for treatment. The bridge, officially named the American Legion Bridge, is a popular attraction for locals and tourists, even though there is a sign warning people not to jump or dive from the bridge.

It connects Edgartown to Oak Bluffs and became famous after appearing in several scenes in “Jaws.”