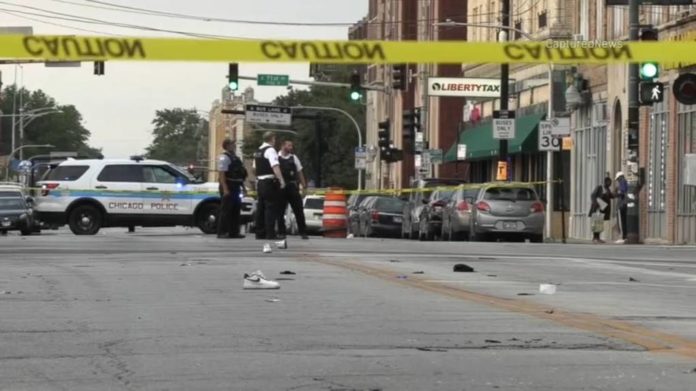 A hit-and-run driver killed three men and hit another person on the city’s South Side early Sunday morning, police said. The accident occurred at approximately 5 am on August 14, 2022.

Authorities were called to the 7000 block of South Jeffery Boulevard to investigate a crash that sent four adult male pedestrians hurling through the air. Three of the victims were rushed to the University of Chicago Medical Center and later pronounced dead.

A sedan struck these four men standing in the street at 70th and Jeffery. Police are still looking for the driver of the sedan that kept driving after causing the deadly crash. Two victims have been identified as 27-year-old Devonta Vivetter and 25-year-old Donald Huet.

Three victims were confirmed dead, and the fourth victim remains in the hospital following this crash in Jackson Park Highlands.

Police are investigating whether this hit-and-run was intentional. If that is the case, the incident may be ruled as a homicide and the suspect would be subject to heftier charges.

A fire official said the crash was intentional, and a police spokesman would not confirm whether the crash was an accident or intentional. However, there are no updates available about the status of the suspect at the is time.

For additional updates on this story, please consider the news outlets listed below to stay in the know.