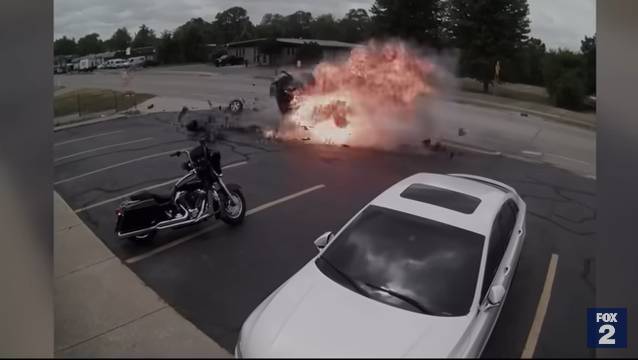 A group of teens broke into a home in Michigan. They then stole a woman’s purse keys and her Dodge Durango. After a high-speed chase with police, the group lost control of the car, crashed into a woman in oncoming traffic, and the car burst into flames.

The teens all ran from the scene even though they were bloodied and bruised from the wreck. Police apprehended all three.

The oldest of the three was a 17-year-old who had just been let out of Juvenile Hall a day earlier. The other two were 16 and 15. Both were known to the police.

The teens will face serious charges of home invasion, stolen vehicle, and fleeing and eluding police. As well as several other criminal infractions.

In the past two years, carjacking has made an alarming resurgence as different kinds of crime have spiked. The number of reported incidents nearly quadrupled in Philadelphia from 2019 to 2021 and is on track to double this year. Chicago had more than 1,900 carjackings last year, the highest number in decades. Two months into 2022, the number of armed carjackings in New Orleans was already at two-thirds of the year’s total in 2019. Washington, D.C., where 426 carjackings were reported last year, is also past that in both quantity and amount of incidents where serious injury was caused.

Increasingly, the assailants are younger and younger and are not facing many consequences. Only eleven percent of all carjackings end in an arrest. Often when the perpetrator is a juvenile, they are not even held overnight before they are released back to their guardian.