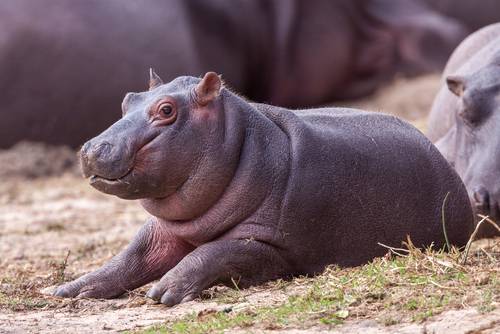 Just a day before Halloween, the Dallas Zoo announced the arrival of a baby hippo.

As Boipelo’s birth window approached, the animal team closely monitored her. When Boipelo started labor mid-afternoon that Sunday, the team monitored her progress with cameras in the barn. She was allowed to deliver the calf privately. Her labor went smoothly and quickly, according to the zoo.

As soon as the baby was born, it was observed nursing, and mom and baby spent the night in their pool close together.

For the time being, the baby has not been named since the zoo’s staff wait until they get to know the animal’s personality before naming it. Zoologists estimate the baby weighs 50 to 60 pounds at birth.

In a few weeks, he or she will be introduced to the hippopotamus’ habitat.

We are thrilled to announce the arrival of a much-anticipated baby hippopotamus to your Dallas Zoo family! Boipelo gave birth to a healthy hippo calf on Sunday, Oct. 30 around 5:30 p.m. Both are doing well and have been bonding behind the scenes. More updates to come on social! pic.twitter.com/fnuQ1mjunK