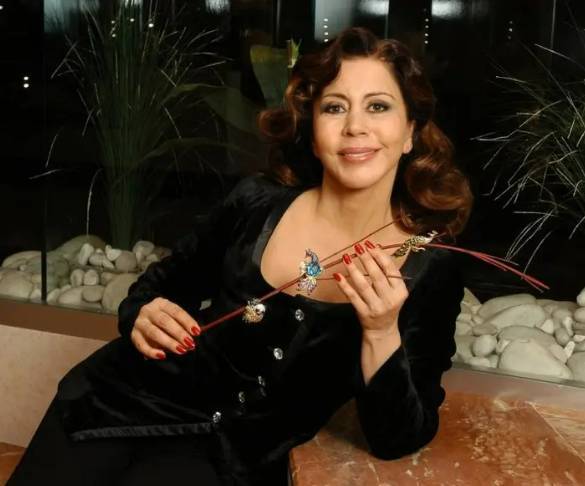 In a mysterious case involving Tiffany’s jewelry in Turkey, the wealthy owner of the company’s empire plummeted to her death from a cruise ship while on holiday with her Swiss lover.

71-year-old Dilek Ertek fell off the Norwegian Spirit into the South Pacific off Tahiti on Oct. 26 and has not been found, according to Newsflash.

Gokce Atuk, son of the tycoon, said jewelry had been stolen from her cabin’s safe.

A closed-circuit camera shows Ertek went overboard about 3 a.m., but her 74-year-old boyfriend did not report her missing until about 20 hours later, according to local reports.

She went over a 3-foot-high railing in her cabin when she was only 5 feet 1 inch tall.

“This type of passenger cruise ship is difficult to fall from,” Mustafa Can, a ship captain, reportedly said.

After the crew kept Ertek’s lover under observation until the ship docked in Tahiti three days later, police questioned him at the family’s request.

As a result of a lack of evidence, the man was reportedly released and returned to Switzerland.

On Oct. 24, Ertek boarded the ship in Papeete, French Polynesia, and planned to celebrate her birthday in Bora Bora on Nov. 5, according to Newsflash.

In a social media post, a local officer said that assuming the couple were in the same cabin, it is suspicious that the missing situation was not reported for 20 hours.

“ Cruise ships have frequent activities and entertainment, and everyone is in contact with one another,” he reportedly wrote.

According to the Daily Mail, Ertek graduated from Mimar Sinan University’s Department of Architecture before opening Tiffany & Co in Istanbul in 1995.

Her studies took place at the Gemological Institute of America in New York City.

A search and rescue operation was conducted by the United States Coast Guard. The investigation is ongoing and we will share updates as they become available. We send our thoughts and prayers to her loved ones during this time of sorrow,” the rep said.