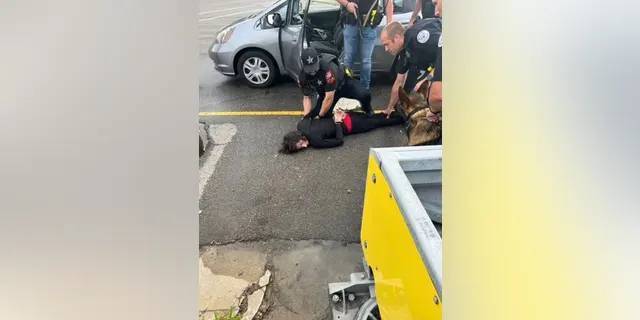 Police captured Robert Crimo III, 22, after a brief car chase. He was suspected in a shooting at an Independence Day parade in Highland Park.

Robert Crimo III, 22, was taken into custody and will be questioned about the mass shooting.

Crimo is a person of interest in Monday’s shooting that killed at least six people and wounded about two dozen more.

The gunman targeted spectators along the sidelines of the parade and accessed a roof of a business via a ladder in an alley attached to the building.

The motive for the shooting is still under investigation. The suspect had posted some bizarre content online. Including one video in which Crimo portrayed a school shooting and another in which he cartooned his demise in a standoff with police.