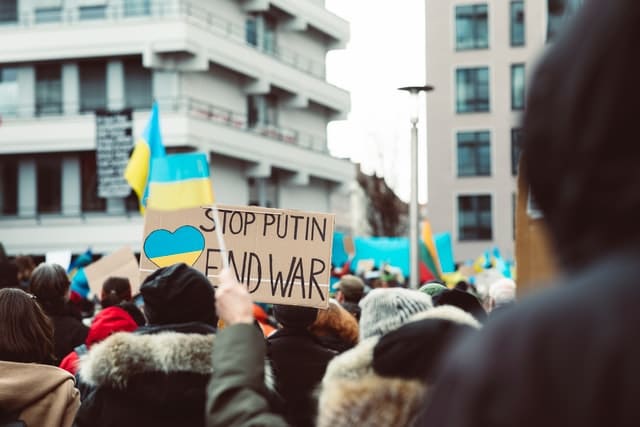 Over the last two months, Russia’s actions have hardly been recognizable to the civilized world.  From starting the war in Ukraine to complete civilian targeting and barbaric behavior under the guise of a “liberation” campaign for Russian Speaking Ukrainians.  Now Russia aims to press the war on Europe with new actions underway today, including cutting off gas supplies to Poland and creating a false-flag attack in a Russian territory of Moldova called Transnistria, possibly setting off precedent for Russia to invade or attack Moldova.

Far from Transnistria, the civilians of Mariupol are in dire need of evacuation and escape; reports of forced civilian laboring to dig mass graves just for food are emerging from the ground.  Our “Children just want to live. To play and live free!” cried one Ukrainian grandmother bunkered in a steel plant for the last two months and many other women and children.

The Ukrainians have the support of at least two-thirds of the World’s population, while the other one-third is neutral or siding with Russia.  The Russian leadership is, of course, playing the victim blame game and pointing all fingers at America and Ukraine for all travesties of this conflict.  Maybe one day, Russia will wake up and smell the bodies, they are on the wrong side of history here, and all Russians will pay the price for decades.