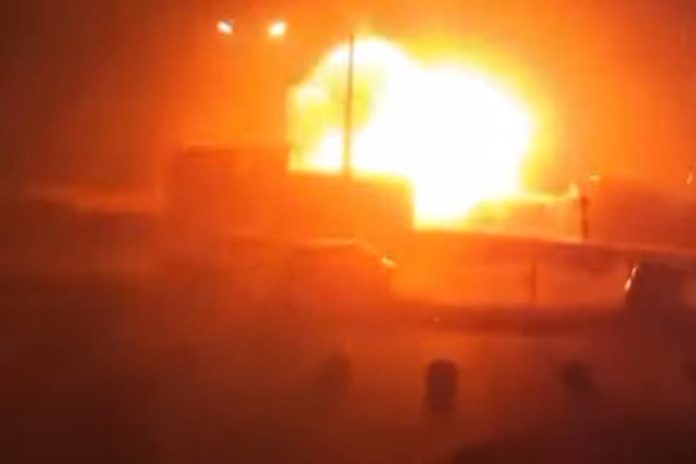 The regional governor said two Russian missiles slammed into a crowded shopping center in the central Ukrainian city of Kremenchuk on Monday, killing at least 13 people and wounding 50.

Dmytro Lunin, governor of the central Poltava region, said 13 people had been confirmed killed by the strike, and 21 others had been hospitalized.

President Volodymyr Zelensky said more than 1,000 people were in the shopping center at the time of the attack, which witnesses said caused an enormous fire and sent dark smoke billowing into the sky.

As night began to fall, rescuers brought lights and generators to continue searching for survivors. Worried family members lined up at a hotel across the street from the mall, where rescue workers had set up a base.

Russia’s deputy ambassador to the UN said the attack was a “Ukrainian provocation”.

Vadym Denysenko, an interior ministry adviser, said Russia could have had ulterior motives for the attack.

Russia has stepped up missile strikes across Ukraine, including a kindergarten, in recent days, killing one person and wounding several more.