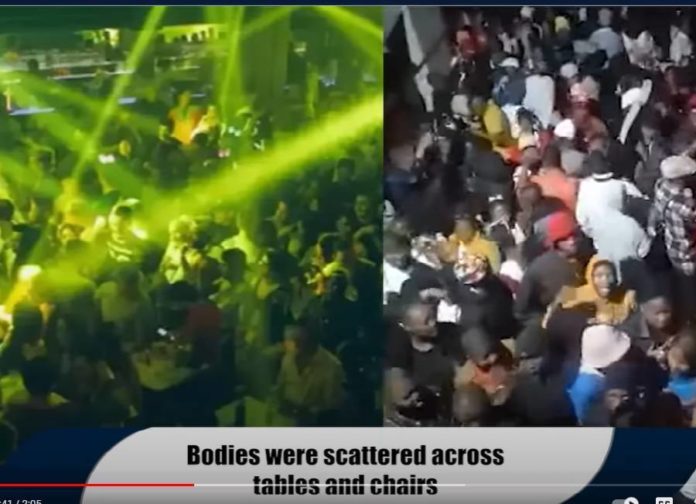 A patron who was present as 22 young people mysteriously died at a local nightclub in the early hours of Sunday morning has shed more light on what happened at the scene.

A 17-year-old girl said she and her friends were at a party when the bar started to fill up. When the party became too overcrowded, the security guard closed the door and began spraying a gas substance into the crowd, which caused people to start dying.

Synthia confirmed that she and her friends were underage drinking at Enyobeni Tavern and that two of her friends died there. The Eastern Cape’s premier called for greater parental and community involvement and vigilance in monitoring taverns and nightclubs.

Bheki Cele, the police minister, tried to calm an angry crowd of relatives and residents at the cordoned-off crime site at Enyobeni Tavern in a poor neighborhood known as Scenery Park.

The President expressed his condolences for the tragedy and said the law would take its course. He said the tragedy was made even more grave by its occurrence during Youth Month, traditionally when students finish school for the year.

Police Minister Bheki Cele said they were investigating the death of the young people and looking into a possible terrorist attack.