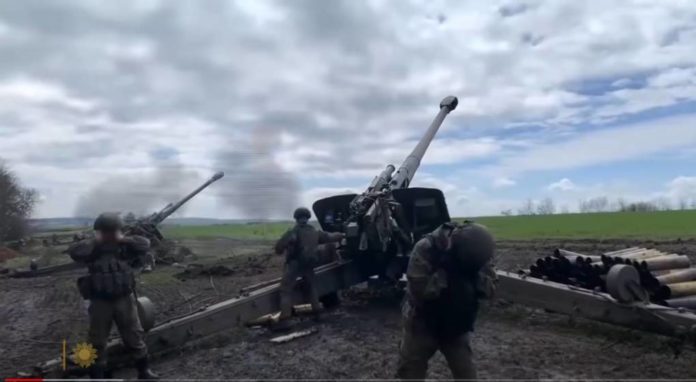 Ukraine’s president called for urgent supplies of weapons from the West to fight the Russian invasion. He said that the country’s rapidly dwindling supply of arms and ammunition was a key factor holding back the defense effort.

Ukraine’s troops are running out of ammunition in the Donbas region, where battles are now largely revolving around artillery exchanges that give the advantage to Russian units with no arms shortage.

The General Staff of Ukraine’s Armed Forces said that Russia was preparing an assault on the Donbas city of Slovyansk and strengthening its positions in the village of Orikhove.

Also, in occupied territory: more than 70,000 people have applied for Russian citizenship in the Zaporizhzhia region, including the city’s former mayor.

Other happenings in Ukraine:

Mr. Zelensky responded to an online petition calling for an end to the ban on Ukrainian men leaving the country, citing the constitution. The ban is in force until the end of August.

The U.K. Ministry of Defense warned that health conditions in the Russian-occupied port city of Mariupol had deteriorated, leading to outbreaks of cholera and other diseases. The U.N. condemned the death sentences handed down to three foreign fighters, calling them prisoners of war.