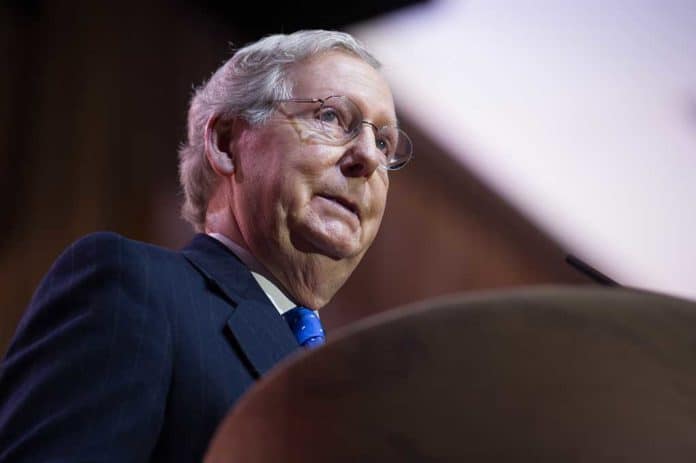 (InformingNews.com) – The U.S. Senate is in a precarious position. Democrats and Republicans have a 50/50 split, with Democrats only holding a slight majority due to Vice President Kamala Harris’ tie-breaking vote. If even one left-leaning senator cannot be on the floor, the party loses its control, which is what just happened due to a health issue.

On February 2, news broke that Senator Ben Ray Lujan (D-NM) suffered a stroke the previous week. While his health is back on track after surgery to stop brain swelling, and the expectation is a full recovery, an aide said he would likely be out for another four to six weeks. Senate Rule 26 7(a)(1) requires all members to be present to vote, so the loss of Lujan means Democrats would lose the majority.

The obstacle the senator’s absence presents comes at a bad time; President Biden is about to reveal his nominees to fill the soon-to-be-vacant seat on the U.S. Supreme Court. Any confirmations will be in Republicans’ hands until Lujan returns.

Senate Majority Leader Chuck Schumer (D-NY) expects business as usual because the president likely will not release his nominees until the end of February, and Lujan is not a member of the Judiciary Committee. Schumer is banking on the senator to have an uneventful recovery and quick return. If Lujan doesn’t make it back swiftly, Democrats will have to work with Republicans if they want to accomplish anything.