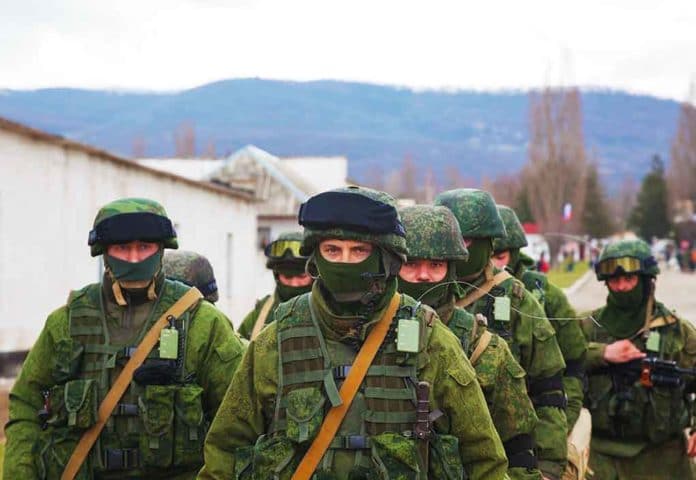 (InformingNews.com) – After weeks of talks about an invasion and questions about his plans, Russian President Vladimir Putin finally made a move on February 21. He sent troops into the Donbas regions, a Russian-loyalist area of Ukraine. There was some warning the Kremlin was making a move, but the occupation of the territory prompted world leaders to react.

In a speech on February 20, Putin recognized the Luhansk People’s Republic and the Donetsk People’s Republic in the Donbas region as independent from Ukraine. He had also claimed Ukrainian forces had been firing upon the site, which was why it needed a Russian military presence.

The Russian president announced he would deploy troops to the region for peacekeeping. He also was quick to warn that if war breaks out, it’s due to actions by the Ukrainian government and not anything on Russia’s end. Putin warned the West to restrain Ukraine, as Russia would defend the newly recognized republics from any aggression.

President Joe Biden and English Prime Minister Boris Johnson quickly condemned Putin’s actions. The EU followed suit. Talks began swiftly about enacting sanctions. US officials plan to put them on the two regions, while EU and UK leaders discussed potential options in an emergency Cobra meeting on February 22. Sanctions are primarily against businesses and banks in the region and in Russia. All nations warned more limitations could come depending on Putin’s future actions.

In another move against Russia, Germany ended the Nord Stream 2 gas pipeline by pulling its final approval. This move alone will have a devastating economic impact on the nation.

Ukrainian President Volodymyr Zelensky told his citizens to remain calm. He spoke of punishments against Russia, including the potential end of diplomatic relations.

The president explained the nation would need to defend against Russian troops to protect its independence. However, he refused to declare a state of emergency, focusing on assuring his people there will be no war. He did state he will impart martial law if the situation escalates.

Putin’s Move Since the Occupation

Putin has leveled serious accusations at Ukraine, saying the nation is repressing its large ethnic Russian population. He also asked and received the go-ahead from parliament to use military forces abroad to defend these people from what he described as a violent and repressive situation.

Ukraine reported heavy shelling overnight after Russian troops moved in with two casualties and multiple injuries among its soldiers.

This situation is still fluid, and we will be following it closely to keep you up to date on how the crisis evolves.