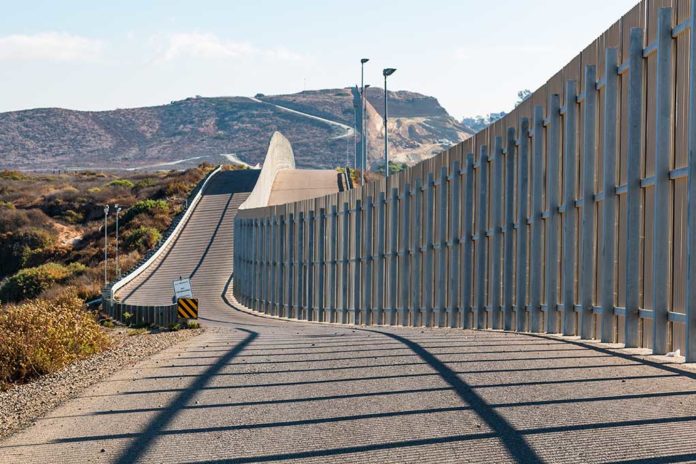 (InformingNews.com) – Throughout history, people from all over the world have immigrated to other parts of the globe. For some, it’s been by their own choice; for others, not so much. The United States has been a destination for immigrants since its founding, and even before that, people immigrated to North America in search of a better life. Immigration has changed over the years, sometimes for the better, but not always.

Life, Liberty and the Pursuit of Happiness

The first law regarding who would be allowed citizenship in the US, the Naturalization Act of 1790, was passed by Congress in March of 1790; any free white man of “good character” was allowed to become a citizen as long as he was a resident for two years. In August of that same year, the first US Census was taken; it found that within the 3.9 million people counted, the English were the majority, even though one in five people were African immigrants.

After the War of 1812, Great Britain and the young country of the United States would finally declare peace. As a result immigration from Western Europe erupted, leading to serious changes in US demographics; this would be the first time the US experienced a large increase in immigration.

Early on, many immigrants arrived in America sick, diseased or dead, leading to the Steerage Act of 1819 to be passed by the US government. The Steerage Act demanded better travel conditions for immigrants and required captains to submit their passengers’ demographics; this would be the time immigrant ethnicity would be federally recorded. Between 1820-1860 one-third of all immigrants were of Irish heritage.

In 1849, the Know-Nothing Party was formed as a platform for anti-immigration ideology. The party looked to push back against the number of both German and Irish immigrants. States would eventually create their own immigration policies. However, in 1875, the US Supreme Court ruled that it was the duty of the federal government alone to decide immigration policies.

Say No to China

Chinese immigrants began to flow steadily into the US beginning in the 1850s. The boom in industrialization between 1890 and 1920 opened doors for many of these immigrants to work in agriculture, factories, on the railroad and in mines. Unfortunately, the more they did and succeeded, the more hatred grew for them. Many white workers blamed the Chinese for their low wages, despite Chinese immigrants making up only 0.002% of the US population.

So, in 1882, the Chinese Exclusion Act was passed, and for the first time, restrictions over one isolated group of people in regard to immigration took place. Again, the US grew even stricter on immigration with the Immigration Act of 1891, which banned sick and diseased people, convicted criminals, and polygamists from entering the country. A federal office of immigration would also result from the act.

Early in 1907, citizens in San Francisco believed that more Japanese workers would cost them jobs and cause wages to drop. In response to this matter, President Roosevelt struck a deal with the leader of Japan. Simply known as the Gentlemen’s Agreement, the deal had Japan limit the people coming to the US to specific groups of men, mainly businessmen and other professionals. In turn, Roosevelt urged the desegregation of schools in San Francisco to include Japanese students.

At the onset of World War I, xenophobia had reached an all-time high in the US. Most Asian countries found themselves barred from sending people to the US, and literacy requirements came into place for incoming immigrants. In 1924, via the Immigration Act of 1924, annual quotas began to limit the number of allowable immigrants into the US. The new system saw that only 2% of each nationality at the time of the 1890 census would be granted entrance to the US.

Western and Northern Europe were favored by this new regulation as Great Britain, Germany and Ireland made up 70% of all available visas. Eastern and Southern European countries saw severe limitations, while Asian countries were banned altogether, with the exception of the Philippines, an American colony at the time.

With these new limitations, the US saw an increase in illegal immigration. In response, the US Border Patrol came into effect to stop illegal border crossings from Canada to the North and Mexico to the South. Most of the illegal immigrants were Asian seeking alternative entry.

Hispanics Join the Cause

Due to labor shortages in 1942, the US and Mexico formulated the Bracero Program, which allowed Mexican farmers and agricultural laborers to enter the US temporarily. The program would last until 1964.

The US passed its first refugee and resettlement law in response to the wave of European immigrants looking to make America their forever home. In 1952, the McCarran-Walter Act ended the ban on Asian immigrants. Over 38,000 Hungarian immigrants entered the US between 1956-1957 after a failed revolution against the Soviets, and more than 3 million immigrants would come to the US as refugees of the Cold War.

Operation Peter Pan, an anti-Communist program, which took place between 1960 and 1962, helped about 14,000 children escape Fidel Castro’s Cuba, though they were unaccompanied.

In 1965, the Immigration and Nationality Act would completely change the immigration policy of the US. The quota system would be done away with, replaced by a seven-category preference system highlighting skilled immigrants and the reunification of families. Immigration from Asian countries that were devastated by war such as Vietnam and Cambodia, more than quadrupled over the next 5 years.

The Simpson-Mazzoli Act, signed by President Reagan in 1984, granted more than 3 million immigrants who’d entered illegally in the US to become citizens. In 2001, US Senators Dick Durbin (D-Ill.) and Orrin Hatch (R-UT) proposed that children be given a pathway to citizenship if brought into the US illegally by a parent or guardian under the Development, Relief and Education of Alien Minors (DREAM) Act. However, the act did not pass.

President Obama, in 2012, proposed the Deferred Action for Childhood Arrivals (DACA), which he did eventually sign. The action would prevent some “Dreamers” from being deported, but it did not provide them with a pathway to citizenship.

President Trump’s immigration policy was much different than previous presidents. Under Trump travel and immigration halted from six mainly Muslim countries: Yemen, Syria, Chad, Iran, Libya, and Somalia. Two executive orders titled “Protecting the Nation from Foreign Terrorist Entry into the United States” were the driving force behind these regulations. The orders also included North Korea and Venezuela. There was a lot of backlash from both state and federal courts.

In 2018, officials lifted the travel ban for the country of Chad. Even so, the US Supreme Court continued the ban on the other seven countries. President Trump signed a $328 billion spending bill, though only $1.375 billion went toward the border wall, a much smaller amount than he originally requested. Nonetheless, Trump would go on to declare a state of emergency at the southern border and allocate $8.1 billion in funding for the wall.

Immigration is certainly good for our country; however, it can turn bad very quickly. Countries set a certain amount of people they can intake via immigration, but when immigrants come illegally, it strains the country’s infrastructure. Time and time again this has been the driving force behind immigration policy changes.