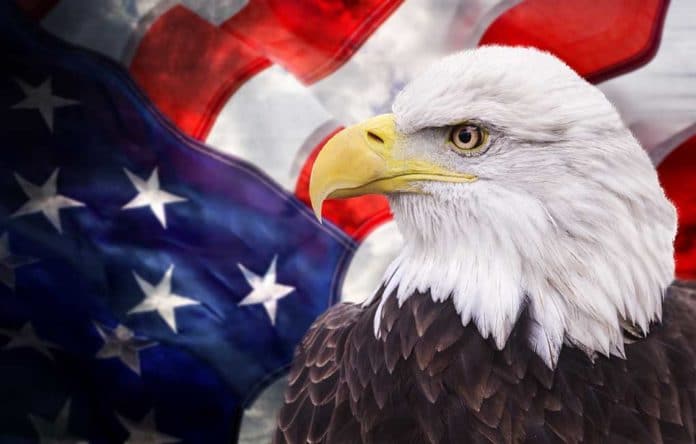 (InformingNews.com) – You’re thinking: Here we go again, another holiday promoting huge 3-day weekend holiday sales, with businesses flocking at the chance to make a few more extra bucks. Even so, this special day holds a meaning all patriotic Americans live for — freedom.

It’s 1782, and Congress has been debating over a heated issue, whether to name the turkey or bald eagle as the symbol of the land of the free. On June 20, 1782 the decision to make the bald eagle our national bird, and symbol of freedom, was finalized. Shortly thereafter, it would become an emblem of the United States of America. It was with this symbol that the US would portray its values of freedom, strength, honesty, wisdom and power.

From June 20, 1782 forward, the official seal of the United States of America would be characterized by the bald eagle. In its left talon it carries 13 arrows representing the original 13 states, and in its right, it carries an olive branch used to signify peace with a readiness to war if so needed. This seal would come to be known as the United States coat of arms, and eventually officials would use it on authentic government documents.

Though a historic point for Americans, the date itself would hold no significance until January of 1982, when the 40th president, Ronald Reagan, along with Congress, claimed June 20 as National Bald Eagle Day. Again, in 1995, then-president William Clinton proclaimed the same day as American Eagle Day. Neither president made this observance a national holiday, but 41 states would go on to make the date an “official” observance day.

For many educational and conservation organizations, this is a day to help raise awareness of how important it is to preserve and protect the bald eagle. Some agencies hold public programs and workshops to increase awareness, discussing the bird’s comeback from near extinction in the 1990s due to the widespread use of DDT, illegal hunting and the destruction of natural habitats.

If you would like to find out how you can help your school or community promote this day, contact The American Eagle Foundation. They aid in organizing and sponsoring events that commemorate American Eagle Day.